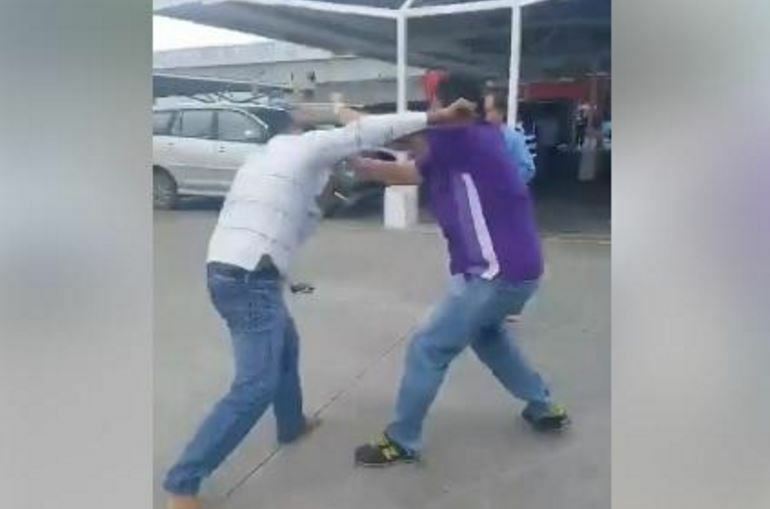 Taxi and Uber driver has set a fight in Pattaya

The incident showcased the intense antagonism local cabbies feel for the drivers of the ride-sharing giant in Chon Buri’s tourist magnet. The clip was uploaded on “MungRu Yang Pattaya” (Have you known Pattaya?) about 5 pm on Sunday, along with hashtags “a car park at Makro” and “North Pattaya”.

In the first clip, the voice of the man filming a white car says, “this Uber driver broke the law”. A man who appears to be an Asian tourist is seen getting into the car, which attempts to drive off but is blocked by the video shooter. The video maker then argues with the driver, who is in the car with his passenger at the back. The driver tries to snatch away the mobile phone being used to make the video.

Another clip shows the driver in a white shirt and the man believed to be the video shooter throwing punches and kicking each other. The store’s security guards separate them and the driver later leaves in the car. A 48-year-old security guard said the incident happened about 2 pm while there were a lot of customers at the store. Although security guards tried to stop the fight, they were not successful and the Uber driver suffered a bloody nose.

The guard said the frightened Uber passenger left the car and stayed in the store. Local cabbies have confronted and clashed with Uber drivers repeatedly in Pattaya, even though authorities have made it clear they should report the ride-sharing drivers to police and not take matters into their own hands.  Source: BangkokJack  Video

28,000 websites selling counterfeits has been shut down by the police 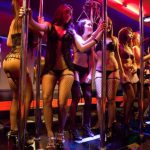