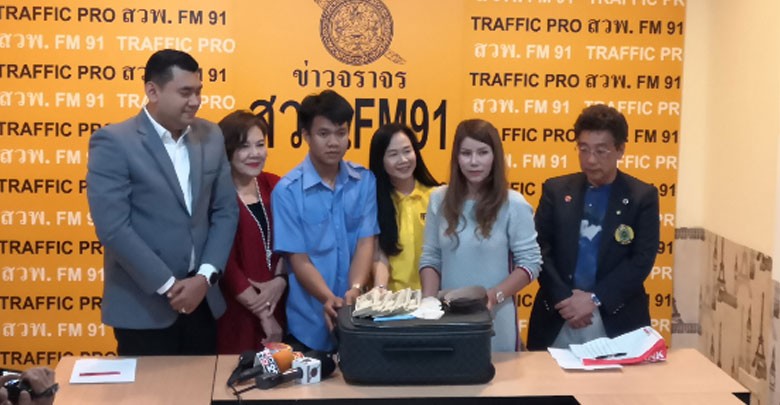 Vitoon Jungpan a taxi driver from Ubon Ratchathani returned a bag to the rightful owner Thanisara Attarit. Thanisara is a Thai businesswoman working in real estate and owns a restaurant in Japan.

She left the bag in the taxi after she was delivered to a village in Ratchapruek, Nonthaburi from the Don Mueang International Airport during the night of 13 January 2020.

Thanisara stated that she had returned from Japan with a Japanese businessman.

They had 5 big suitcases and a golf club set. When they went to call a taxi from the first floor in the airport 4 taxis denied services before finally the 5th Taxi which Vitoon was driving agreed to deliver them to the destination.

He helped them move their belongings into the vehicle. When they arrived at her home in the village Thanisara went inside to see the gardener while Vitoon and the businessman moved their belongings out of the car.

She later realized that her bag forgotten inside the taxi and was extremely shocked because there was a lot of cash inside.

Vitoon revealed that he has been a taxi driver for over 3 years. When he picked up the business partners they had a lot of belongings that filled up the car, including the front seat.

When they arrived at the destination he helped the man move the stuff out of his taxi before leaving the village.

He later discovered that there was a Louis Vuitton Bag on one of the floor mats, at the same time a notice came from FM91 reporting the situation. Vitoon went to deliver the bag to officials at the radio station right away.

Thanisara stated that she is grateful for the honesty and kindness of the taxi driver’s actions. As a sign of appreciation, Thanisara gave Vitoon 23,440 THB. 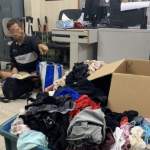 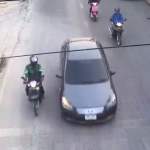