A 57-year-old motorcycle taxi driver, who allegedly fatally battered his seven-month-pregnant stepdaughter to death at her Bangkok home on April 11, said he was in remorse over his action and wanted the court to give him the death sentence.

Phumjai Leungthong, who allegedly tried to commit suicide on April 13 in a wooded area near the Bus Route 122 garage in Bang Kapi district by taking poison, was rescued in time. He reportedly told police he killed the 29-year-old Nanchaya Chanthamokha, whom his wife loved the most, out of anger and jealousy when his wife abandoned him and went to Amnat Charoen province.

“I feel remorse for what I did. I was so angry because I love her mother so much and I forgot that the stepdaughter was pregnant. 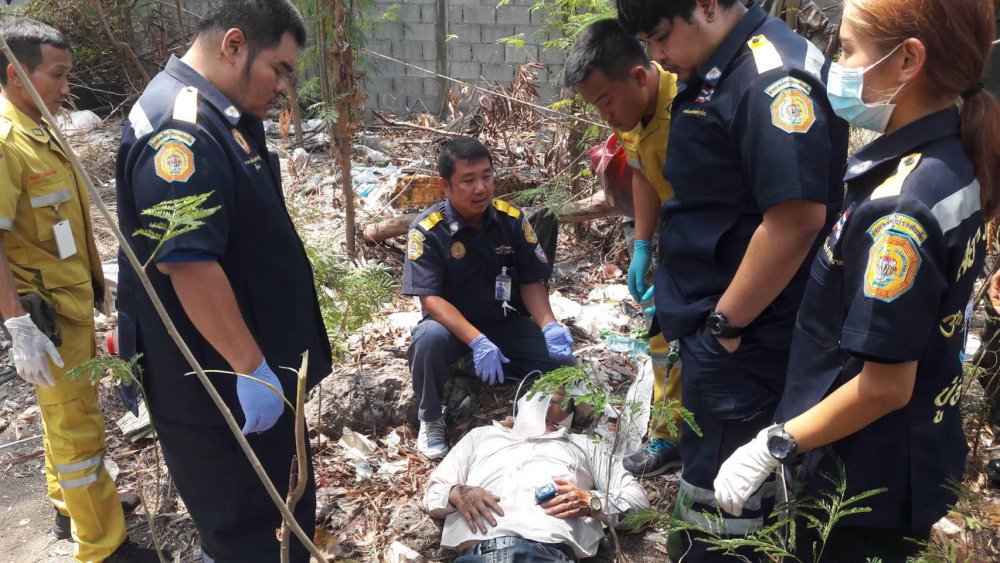 I believe nothing I say would change the minds of the victim’s relatives so I want to apologise for what I did. I want the court to give me a death sentence.

If one life can trade two lives, I will accept that,” he said.

Following his arrest, Phumjai reportedly confessed that he had fatally hit the young woman on the head and the torso with a hammer until the hammer head dislodged.

Phumjai was charged with murder by using torture or acts of cruelty under the Criminal Code’s Section 289, which is punishable with a death penalty.

On Sunday morning, police tried to conduct a crime simulation at the Kannayao Police Station – instead of the crime re-enactment at the actual scene as that could bring greater risk to the suspect.

However, they had to call off the simulation after Nanchaya’s relatives showed up and shouted angrily at him, posing a danger of assault to the suspect, Kannayao superintendent Pol Colonel Sing Singhadech said. 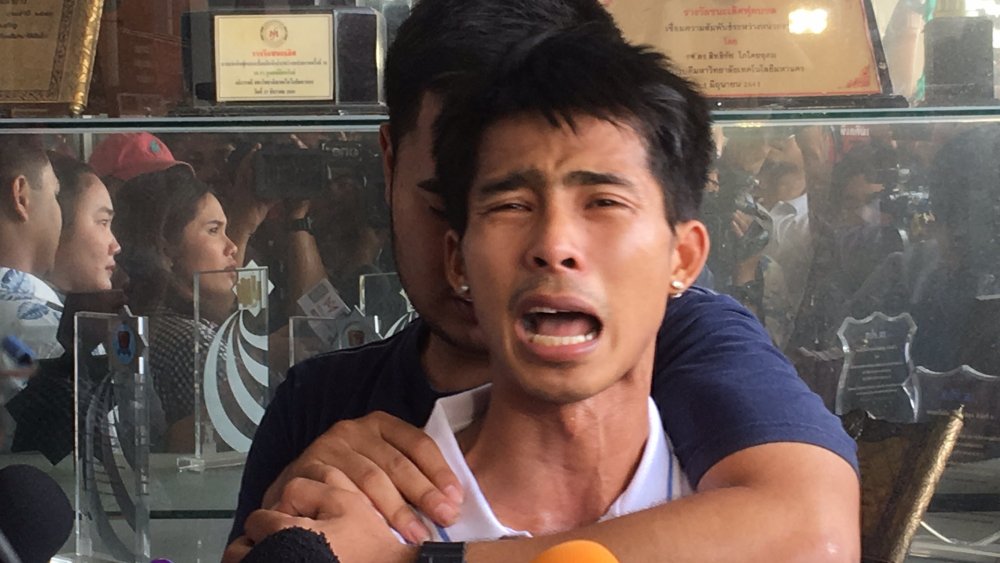 Phumjai did a “wai” in apology to the deceased victim’s husband, Thanawat Kaewkhamsorn, 29, who was among the crowd at the police station. “Why did you kill her?”, he shouted and tried to punch Phumjai through the cell bars.

After the crowd dispersed, police took Phumjai out of the detention cell to perform the crime simulation at 1.30pm behind closed doors after which the suspect told reporters about his wish to get the death sentence.

Phumjai, who is on a close watch for suicide, will be brought to the Min Buri Court on April 15 to apply for the first 12-day detention period.

Brit who killed Thai wife dies of ‘injuries’ in prison 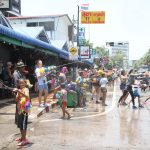 People urged to be cautious about heatstroke