A drug bust netted a suspected dealer along with 554,000 methamphetamine pills and 1.4 kilograms of crystal meth (“ice) in Bangkok’s Phra Khanong district on Saturday night, said police on Monday as they announced two successful drug busts.

Alleged drug dealer Kongkiat “Tee Ongchaiha” Saetan was arrested as a tailing operation paid off. Police later seized Bt2.26 million in assets from the 24-year-old Samut Prakan native, including a luxury car, a pickup truck and a motorcycle pending an investigation into whether they were ill-gotten.

Police were investigating the “Ongchaiha” drug-dealing gang and had tailed Kongkiat until they spotted him carrying a bag believed to contain narcotics as he left a Phra Khanong condominium on Saturday evening, Provincial Police Region 1 chief Pol Lt-General Suwat Chaengyodsuk said. Presenting themselves, officers searched and arrested Kongkiat and confiscated a bag containing 6,000 methamphetamine pills and a gram of “ice”.

Police then searched the condominium room where he had earlier been and found another 548,000 methamphetamine pills and 1.3 kilograms of “ice”. 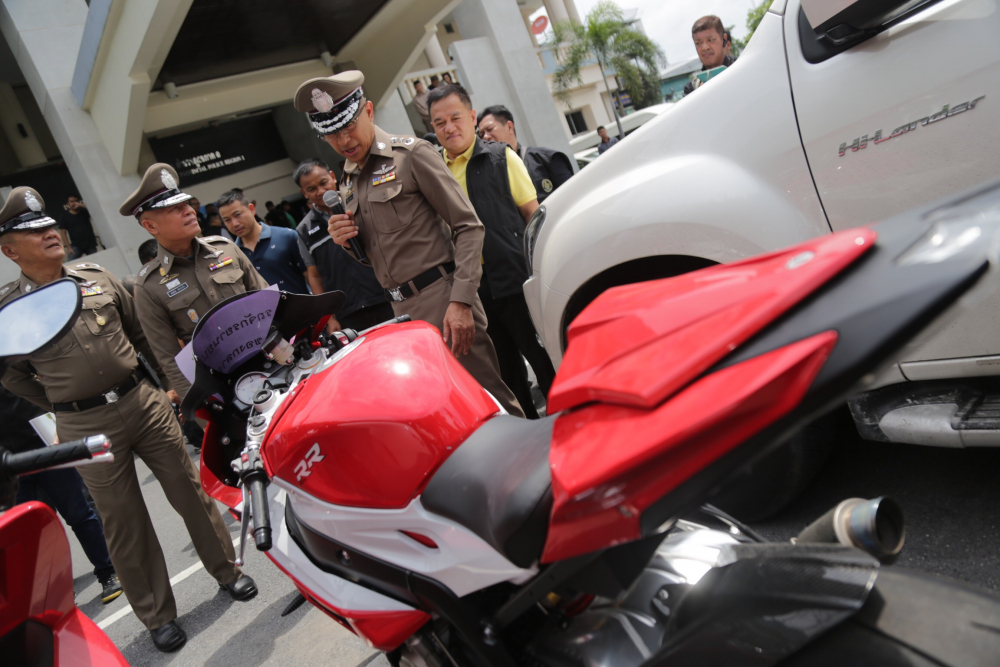 Kongkiat reportedly confessed to having been hired by gang leader Thanakrit Kanchanarat to store 600,000 methamphetamine pills and five kilograms of “ice” in the condo room pending Thanakrit’s further instruction for distribution.

Kongkiat was charged with possession of narcotics with intent to sell, Suwat said.

In the second drug bust, police arrested Natthawuth Nothawian, 21, and Chewaporn Musikboonlert, 24, along with 10,000 methamphetamine pills on Saturday at a roadside location in Ayutthaya’s Wang Noi district during a sting operation by undercover police.