A suspected insurgent was shot dead in Songkhla’s Thepha district early Monday after Army troops, rangers and police joined forces to try to arrest him.

The operation at 1am in Moo 3 village in Tambon Sakom also saw two other suspects arrested.

Police identified the slain suspect as Hamadaho Semsun, 40, who was wanted under an arrest warrant for allegedly taking part in a robbery at a used-car tent in Songkhla on August 16, during which an employee of the tent operation was killed.

When the authorities moved in on the house where Hamadaho was hiding with the two other suspects, the three opened fire at the officers, leading to a gunfight.

The body of the suspect was found after the gunfight ended.

The two other suspects were sent to the military’s Pattani interrogation centre. 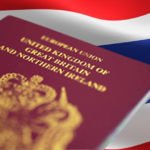