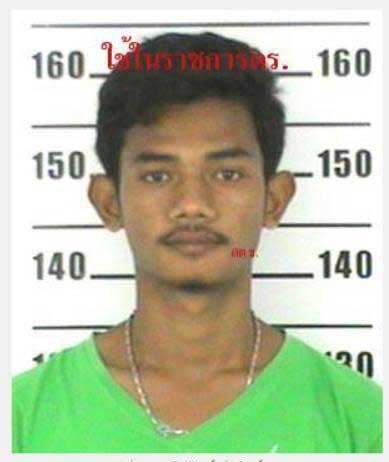 Police have filed murder and robbery charges against a man accused of slaying a Swiss tourist on this resort island.

A police statement released on the resort island on Sunday said police had registered two charges against Teerawat Thothip, 27, and indicated more charges could be filed later.

Mr Teerawat was arrested on Saturday for the murder of Nicole Sauvain-Weisskopf, the deputy protocol chief of the Federal Assembly of Switzerland, on Ton Ao Yon waterfall in Muang district on Tuesday.

Pol Maj Gen Nanthadet Yoinuan, deputy chief of Provincial Police Region 8, told a press conference at the Phuket provincial police head office on Sunday that the man, a Phuket native, had confessed to killing and robbing the 57-year-old visitor. Scratches were found on his body.

Police also had witnesses to substantiate the charges, he added.

The suspect was unemployed and wanted the victim’s money to buy illicit drugs and other items, according to Pol Maj Gen Nanthadet.

The image of Teerawat Thothip released by police on Saturday.

Investigators tracked him using CCTV footage that captured him riding a motorcycle to the waterfall 12 minutes before the victim arrived on foot. Footage also showed him leaving the location three hours later.

In a video call to the press conference from Vichit police station, where he was detained, Mr Teewarat said he went to the waterfall to pick orchids which he would then sell.

Descending from the top tier of the waterfall empty-handed, he saw the tourist swimming and decided to strangle her from behind. He found 300 baht in her backpack

Mr Teerawat said he covered the body with a black sheet, hid her backpack and threw her sneakers into the forest before leaving the scene.

National police chief Pol Gen Suwat Jangyodsuk on Sunday offered an apology and condolences to the victim’s family over the tragedy. 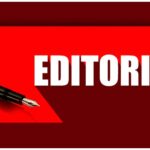 Shame on the state of Thai tourism 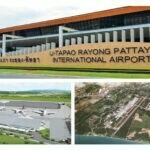 U-Tapao airport to get navy support