The surge of Thailand’s baht is hammering tourism and exports

Thailand’s baht’s value hit a six-year high in mid-June of 31.05 against the US dollar as rate-cut signals by the US Federal Reserve prompted an influx of offshore inflows into both high-risk and safe-haven assets.

With a 6.03% year-to-date appreciation, the baht has effectively cemented its status as Asia’s best-performing currency against the greenback in 2019.

The “blame” for the surging baht has once again been placed on the Bank of Thailand and its feeble management of foreign exchange as the currency’s value continues to edge up, much to the dismay of exporters and the tourism industry.

The Bank of Thailand has not put a huge effort into taking care of the baht, for fear of being added to the US watch list for currency manipulation.

This has led to the baht’s rapid rise, according to Jittipol Puksamatanan, chief strategist at Krungthai Bank (KTB).

The local currency’s value against the dollar could briefly depreciate soon over concerns about Thailand’s economic slowdown, according to a KTB forecast.

As the baht continues to edge up against major currencies, including the yuan, it has curbed arrivals from mainland China, with the number of visitors contracting by 3% year-on-year during the January-June period.

International arrivals coming in groups and received by members of the Association of Thai Travel Agents fell by nearly 12% to 2.3 million visitors in the first half.

The China market, which controls as much as 70% of Atta’s total clients, plunged 15% to 1.62 million visitors 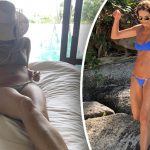 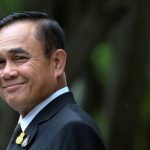