The people of Nakhon Pathom province can sleep soundly in the knowledge that a group of Marvel and DC heroes are cleaning up their streets – literally.

The sight of Batman, Spiderman, Captain America and Hulk blocking traffic and washing road surfaces Monday brought surprised looks and smiles from passing motorists. A city official in charge of the cleanup said sparking joy is exactly their intention.

Amnuay Somchan, head of the local disaster relief office, said municipal workers need to clean the streets as per routine, but that they were a concerned about frustrating travelers by blocking traffic. Their solution was to disguise workers as well-known superheroes and make people laugh instead.

“I saw people who passed by with a smile on their faces. Some of them took pictures with their phones and posted them on social media,” Amnuay told reporters, adding that the initiative had been running for two weeks now.

Having a high rank isn’t an excuse not to join the fun either. The man impersonating Batman today is no less than the director of the waterworks department in Kamphaengsaen Municipality.

Wetin Metthongkham, who sported Hulk’s big green muscles today, said 90 percent of people passing by took photos of him and his gang of superheroes.

“Usually, there would be a lot of traffic, and some people scolded at us. But once we changed our outfit, we made them smile,” Wetin said. 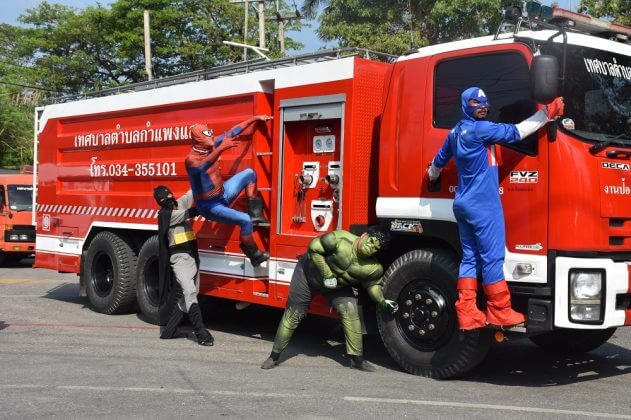 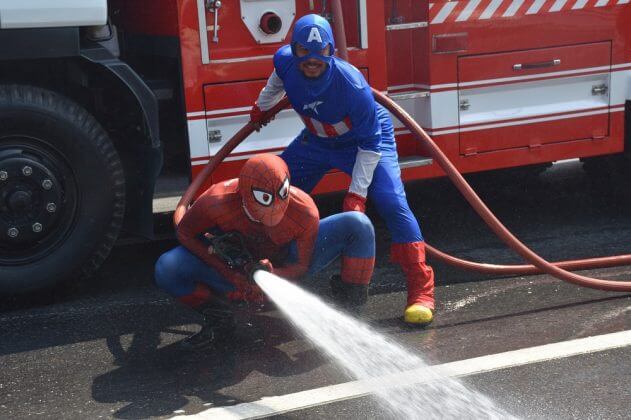 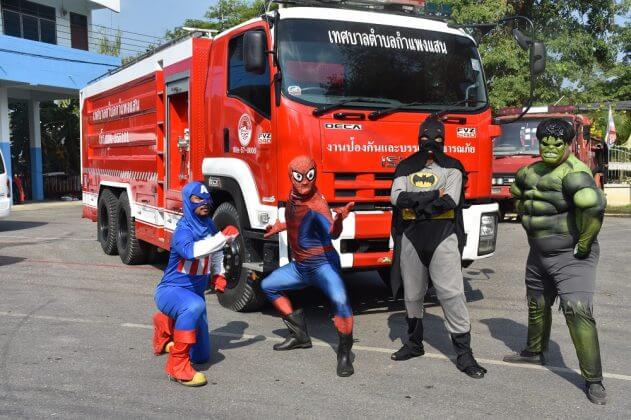 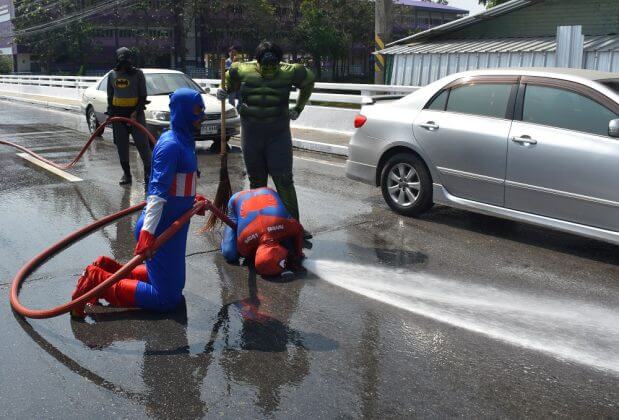 STUDENTS AFFECTED BY SCHOOL RAID TO RETAKE TEST NEXT WEEK