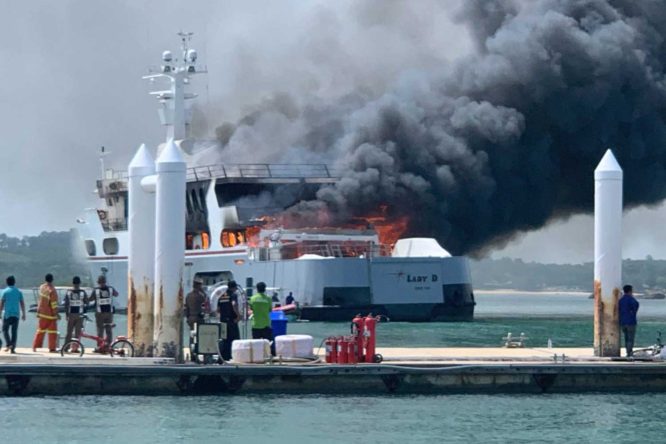 A fire caused major damage to a 100 million baht super yacht moored at a pier in Thalang district on Wednesday.

The fire began on Wednesday morning. A crewman on board the yacht tried in vain to put out the flames using an extinguisher.

The fire-engulfed the yacht which had to be cut loose and set adrift to prevent the blaze spreading to nearby vessels at the pier.

Tambon Pa Krok municipal mayor, Panya Sampaorat, said the fire started towards the stern of the yacht and quickly spread to the upper floors.

Five fire engines were sent to tackle the blaze.

The cause was not immediately known. Forensic experts were to move in to collect evidence when it was safe to do so.

He said the British-registered yacht was captained by Canadian national, Ted Blenkers and had a full fuel tank when the fire occurred.

The owner is not currently in Thailand, according to the police.

Provincial governor Pakkapong Thawiwat said pontoons were thrown around the yacht to contain any fuel spillage and to keep people away in case of a possible explosion.

The authorities planned to tow the yacht to the nearby uninhabited island of Koh Nang in the afternoon for safety reasons. 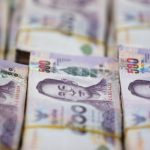 Bank of Thailand CUTS rates to WEAKEN the Baht 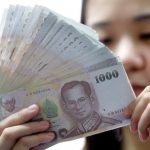