An incredibly rare albino squirrel has been captured by an amateur wildlife photographer on the banks of a Lincolnshire canal.

Stephen Plant was hoping to snap kingfishers by the Louth Navigation waterway when he saw the rare rodent.

“But when I saw this little fella sat in a tree, I couldn’t believe it,” the 60-year-old stated. “He was going pretty slowly and I thought it was a rat at first but then I saw his bushy tail. I was astonished.”

Only about 50 such creatures are thought to live in the UK, reports suggest.

Their unusual colour is caused by an absence of melanin, which gives skin, hair and eyes its pigmentation. They are not to be confused with the more common leucistic squirrels, which, although white in large parts, have normal coloured dark eyes.

Mr Plant, of Louth, added: “I was stood about 30 metres away and he wasn’t bothered by me at all. He moved along quite slowly and then at one point froze altogether for a few seconds which allowed me to rattle off some shots.

“Then he then dropped down and started nibbling at a crab apple – although I don’t think it was to his taste. It was a joy to see.” 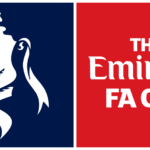 Why Do Humans Hear So Well? You Can Thank the Tiny ‘Jell-O’ Violin Inside Your Ear