Smiling and laughing as he recalled his first suicide attempt, the 57-year-old lèse majesté convict told the story of his seven lost years behind bars.
On 30 April, 6 am, Somyot Pruksakasemsuk, a royal defamation convict, was released from Bangkok Remand Prison after seven years of imprisonment. Although he looked tired, he refused to take a rest and agreed to give an interview.
“It’s ok. I have been resting for seven years,” said Somyot.

His release was done in a rush as the prison want him to avoid talking to the public as much as possible, Somyot added. Right after he stepped down from the sleeping cell, he was freed. The prison also offered to take him home directly, but he refused as he wanted to greet his supporters, as well as his beloved children, who had been waiting for him since 4 am. 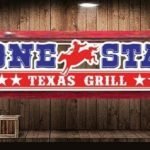 Peace TV to be unplugged for one month