Suicidal Girl: A standoff between a suicidal schoolgirl and her father, teachers and emergency workers ended after hours of tense drama at a Samut Sakhon school on Tuesday night when she was plucked to safety.

The Krathumban district emergency response unit was called at 7.30pm after the ninth grader was seen walking back and forth on a ledge on the fourth floor of her school.

She was carrying a razor and crying out in pain as she used it to slash her arm.

Officials from the Ruamkatanyu Foundation, Karn Kusol Samut Sakhon Foundation and Rai Khing Municipality set up a large air cushion below the ledge out of fear the girl would jump or fall off the narrow ledge.

In doing so, both received cuts from the razor and were sent to the Krathumban district hospital for treatment.

The girl is receiving care at the same hospital. The mother of the girl said her daughter had felt abandoned and become depressed after her eldest sister had left the room they rented together and gone to work in Nakhon Ratchasima two weeks ago. 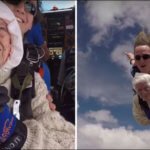