The internet is littered with anecdotes of people whose dogs knew somebody was bad news before they did. Is there any truth to claims that dogs can sense “bad” people? The short answer is yes, but only up to a point.

Studies have shown that dogs notice people who are unkind to their owners and hold a grudge against them. In one study, dogs were reluctant to take treats from somebody who refused to help their owner open a container. It’s one thing for a dog to remember somebody who already acted unfavourably toward their favourite human, but what about when they don’t like somebody they’ve just met?

There are several possible explanations for this. The leading theory is that dogs use their keen sense of smell to sniff out chemical changes in the pheromones that people emit that would indicate that they have bad intentions. Dogs’ exceptional senses of smell are already used to detect drops in blood sugar, potential bombs, drugs, and even cancer, so it should come as no surprise that dogs can pick up on other chemical changes within the human body.

When a person is acting aggressively, their brain chemistry changes in a way that dogs can smell, causing them to react to a potential threat before their human has perceived the threat. Unfortunately, there’s a caveat – psychopaths experience few emotions, so their brain chemistry would be unlikely to change and give a dog warning about their bad intentions.

Another possibility is that because dogs are so in tune with humans, they are actually picking up on their human’s uncertainty and just reflecting back the person’s own anxiety about a situation.

The third possibility is that both dogs and humans have a sixth sense or a gut feeling about certain situations, but humans frequently ignore their gut instincts and dogs never ignore their intuition.

All in all, there’s probably a good reason not to trust anybody your dog doesn’t like!

Has your dog ever alerted you to someone with bad intentions? 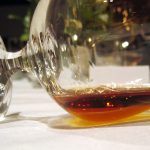 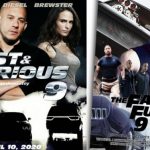