The victim was identified as Witthawat Lamool, 18, a first-year student at Phitsanulok Technical College.

The 191 police emergency radio centre was alerted of the shooting at about ten past midnight after the shotgun attack on the Phitsanulok-Wat Bote road in Tambon Pak Thoke, Muang district.

Witthawat was pronounced dead in the Intensive Care Unit at Buddha Shinaraj Hospital.

His friend, Supanat Utamacha, 18, told police that they had been riding home on separate bikes after taking part in a seven-a-side football competition at a school in Prompiram district.

They had then spent some time at a friend’s house until setting off for home, when they were attacked by two motorcyclists, who had covered their face with cloth.

Supanat said they fired once at him and missed … but then hit Witthawat with a second shot before speeding off. Nation 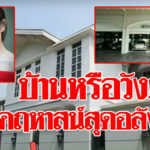