Home » The Floods streamed into 2 Districts in Loei.

The Floods streamed into 2 Districts in Loei.

Several houses were flooded in two districts of Loei early on Monday.

The water almost covered many houses’ rooves, while a car and two pickup trucks were swept away. The authorities said there were no immediate reports of any deaths or missing people.

Dan Sai district chief Prayoon Aranrooj led officials out in the middle of the night to help the villagers.  Source: Nation 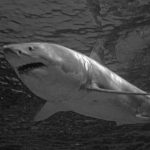