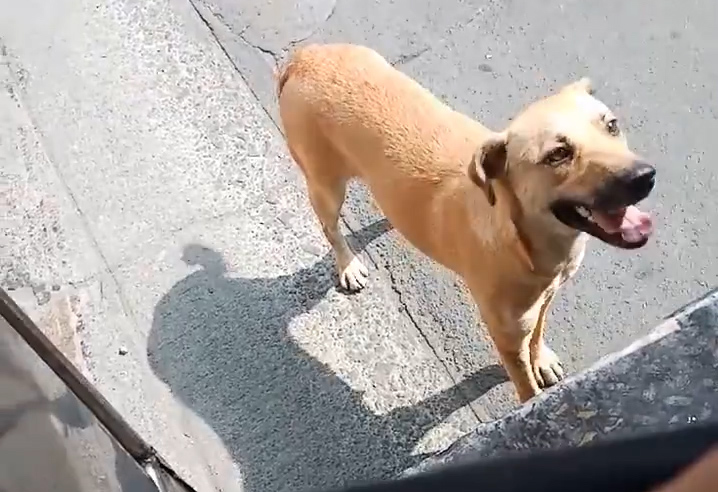 This clever stray dog knows how to make persistence pay off – she kept chasing after a bus until it stopped and the driver adopted her.

When the bus pulled away, the pooch kept going – attempting to leap aboard.

At one point the female dog had her paws on the steps and tried to leap in but fell back onto the road.

The bus driver eventually pulled over and scooped up the stray. He has now adopted the dog, which as successful in finding a loving owner.

Passenger Jaypee Barcelinia said: ”The dog really wanted to join us. She tried six times to get inside the jeepney.

”The driver kept going. He didn’t want to let her in because he thought she might bite the passengers.

”Even after the journey finished the dog didn’t want to leave. The driver is now keeping her and taking care of her.”