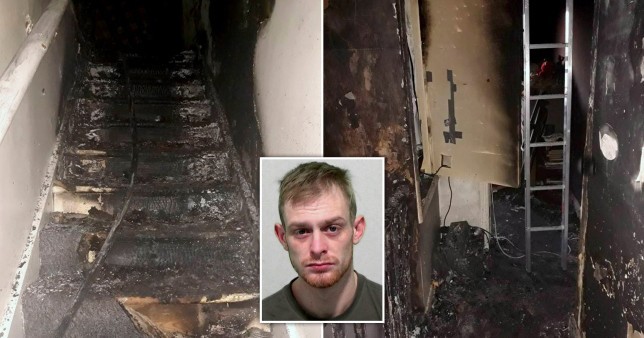 A family home was engulfed in flames when a cannabis grower using flammable gas to process the drugs decided to light a cigarette.

Jordan Blakey, from Washington, Tyne and Wear, was heavily under the influence of cannabis when he caused the explosion which resulted in a £10,000 bill.

The 25-year-old, who suffered extensive burns to his arms, was using butane – a highly flammable gas – to extract oil from the plants.

As he was working away, he decided to have a smoke – but the house ‘went bang’.

Blakey’s bedroom ended up ‘100% damaged by fire’ and he was ‘very lucky’ to get out, Newcastle Crown Court heard.

The other upstairs rooms and the staircase were heavily damaged by the flames and the smoke.

Blakey approached firefighters, asking to retrieve property from inside. He told them: ‘I will be honest with you, I was extracting cannabis oil from the cannabis, using butane gas.

‘When I finished I was stupid, I did not think, and lit a cigarette and it went bang.’

The court heard Blakey’s family was forced to move out of the house while the owners Gentoo carried out the repairs.

The rental company has banned the young man from returning.

Flames were coming out of a window of the property when firefighters arrived on April 7 last year, Prosecutor Shaun Dodds told the court.

Mr Dodds added: ‘The first floor of the property was extensively damaged.

‘The seat of the fire was the front bedroom to the left as you go to the top of the stairs.’

Fire experts said if anyone had been in one of the other upstairs bedrooms ‘they would not have been able to get out properly due to the intensity of the fire’, which was ‘life-threatening.

The court heard that Blakey’s mother, father and niece, who lived at the property with him, were all out at the time.

Richard Holland, defending, said the fire was started ‘recklessly’ and that the defendant has a ‘high level of remorse’.

He pleaded guilty to arson being reckless to whether life would be endangered and producing cannabis. 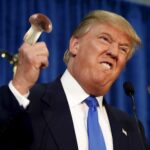 Donald Trump ‘my penis is not mushroom shaped’ 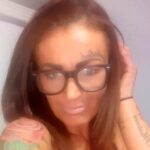