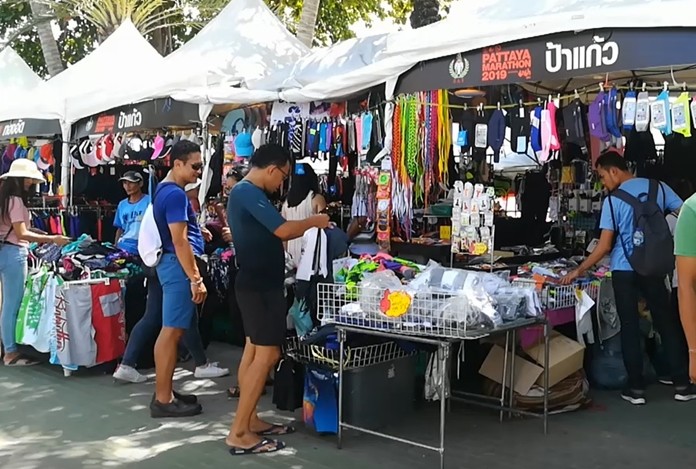 Participants in the Pattaya Marathon apparently are as good at shopping as they are running.

More than 50 booths were set up along the race route July 20 offering sports apparel and running gear at special prices. Shirts, pants, hats, sock, fanny packs, underwear and even shoes all sold well.

Sportswear vendor Kritsana Witchasart said the retail booths went up two days in advance of the July 21 race, so many runners who arrived in town early stocked up on supplies.

Tourists also cashed in on the special deals, with both athletes and audience members scooping up marathon souvenirs. 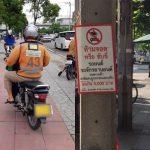 CITY HALL TO DOUBLE FINES FOR MOTORCYCLISTS ON SIDEWALKS 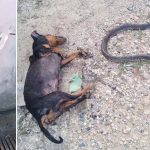