Astronauts open the hatch and board the…

Chulalongkorn University in Bangkok on Thursday announced that it had already suspended the classes taught by a specially hired sports instructor pending findings of a fact-finding probe.

The unnamed instructor has been accused of inappropriate actions related to sexual harassment of female students. Complaints detailed the instructor getting too close to female students and ordering them to do “plank” while still wearing student uniform skirts, according to Thai social media and mainstream news reports on Monday. “Plank” is an isometric core strength exercise that resembles a push-up.

The university will later publicly report the probe results, said a statement from the university. The school places a priority on the safety and well-being of students, and would implement measures to prevent inappropriate behaviour by lecturers to prevent any future problems, according to the statement.

The university encouraged students who were affected in this or similar cases to report them to the Student Affairs Division via phone number 02218 7045.

Thailand is second most welcome country for Chinese travelers : survey 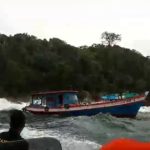