Unlike seeing a dentist, where you lie down helplessly and let a doctor torment you, andrology – the study of male health – is one of the rare medical disciplines that can both involve pleasure and demand effort on the patient’s part.

Featuring a pink receptacle that mimics a vagina, the machine promises to be a hands-free solution to hospitals in a country that needs quality male healthcare more than ever.

Chinese people are having fewer children – whether by choice or not – at a time when China needs babies the most in order to avert a demographic crisis.

The nation’s birth rate fell in 2018 to its lowest level since 2000, and researchers have warned that the country’s population could start to shrink as soon as 2027.

Developed by the Chinese company Jiangsu Sanwe Medical Science and Technology and going on sale in 2005, the sperm extractor has seen rising demand from hospitals in Chinese cities, Qing Lixiu, a manager at the company, told Inkstone.

While it won’t save China from its baby crisis, the sperm extractor is a homegrown enterprise that reflects China’s technological advances and an expanding middle-class’s desire for better healthcare.

“In the old days, men were told to use the restrooms to collect semen. Back then, we didn’t even have a designated private room to do this,” Qing said.

While the company takes overseas orders, most buyers have been private and public hospitals in China, he said.

The majority of them use the device to collect semen samples from men seeking treatments for reproductive conditions, particularly infertility.

In a 15-year study conducted using samples from a sperm bank in the inland province of Hunan, Chinese researchers found that the quality of semen of young Chinese men fell. In 2001, about 55% of men had sperm healthy enough to qualify them as donors. In 2015, only 17.8% did.

The very presence of sperm extractors in China’s hospitals also reflects the rising stature of specialists in the male reproductive system in a country with more men than any other.

Long a sub-division under the urology department, andrology has increasingly come to stand on its own as a medical discipline, with increasing numbers of departments and centers dedicated to the subject in elite public hospitals like Peking University First Hospital.

Andrology in China today has come a long way from being a touchy subject.

“Patients are becoming less shy about these treatments,” Dr. Han, a staff physician in the andrology department in a public hospital in the central Chinese city of Zhengzhou, told Inkstone.

Dr. Han’s hospital has had sperm extracting machines running since at least 2013, during which he has seen more and more outpatients seeking reproductive treatments.

But according to Dr. Han, the machines, placed in private rooms, aren’t the reason patients come visit.

He says the machines spend most time gathering dust from the lack of use.

“I’m not sure how many people use it, but it’s there if the patient needs the help,” he said. 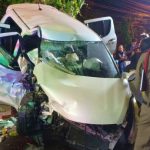 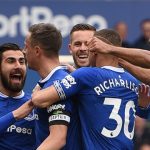