Home » Speedboat goes up in flames in Phang Nga Bay

A parked-up speedboat, which originated in Phuket, caught fire and exploded in Phang Nga Bay on Monday.

One injury was reported.

Speedboat goes up in flames: Takua Thung police in Phang Nga were notified at 10.30am of the incident on Ao Man in Takua Thung. 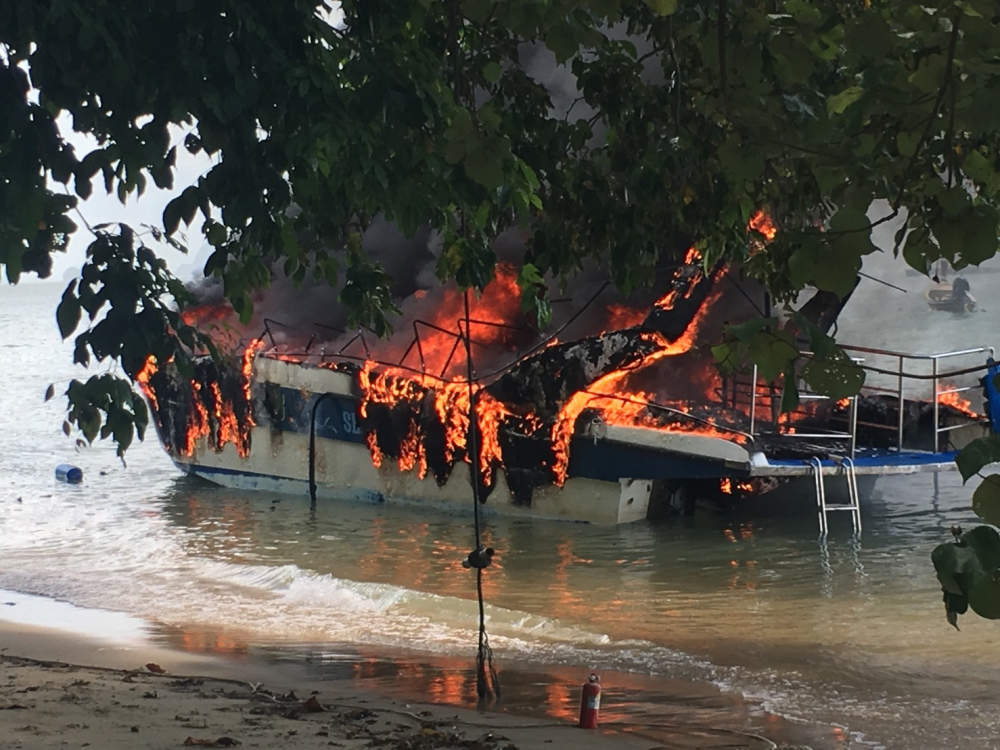 The speedboat captain told police that they had been travelling with 20 Middle Eastern tourists, originally departing from Laem Sai Pier in Phuket’s Ban Pa Khlok on their way to Ao Man.

While tourists were enjoying time on the beach, there was an explosion from the speedboat and it erupted into fire and burnt ferociously until it was a black, smoking wreck on the shoreline. 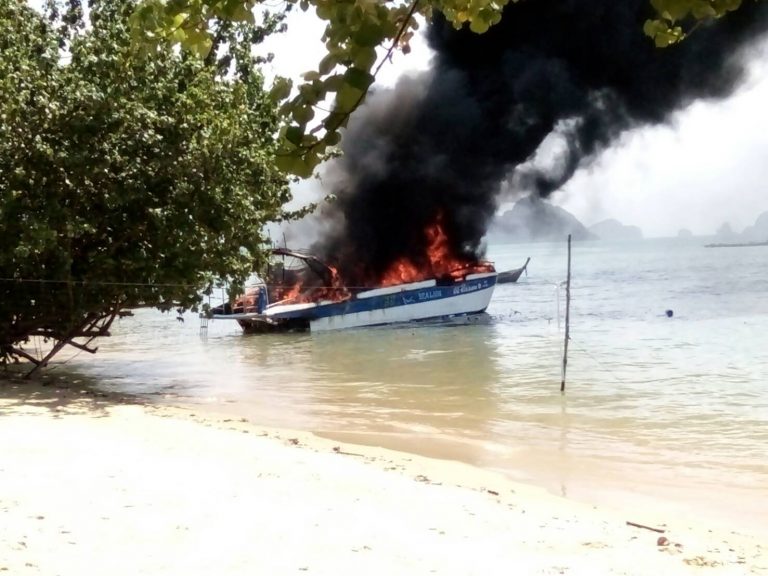 Crew members, who had been on the boat at the time, were helped off by nearby locals.

They were taken to Takua Thung Hospital and later transferred to Thalang Hospital.

At this stage, police believe that the fire started near the stern of the boat, perhaps during refuelling.