Thailand is jump-starting a decades-old plan to create a Southeast Asia electricity super-grid and wants to be the power-trading hub at the center of it.

The nation is set to triple the amount of electricity from Laos that it resells to Malaysia while encouraging infrastructure upgrades stretching from Cambodia to Myanmar necessary for cross-border power trading, said Wattanapong Kurovat, director-general of the country’s energy policy and planning office. The moves are part of Energy Minister Sontirat Sontijirawong’s efforts to make Thailand’s power system cleaner, cheaper and more efficient.

The trade is simple, Wattanapong said. Thailand would buy more electricity for its own national grid from Laos, which generates more than it needs from dams along the Mekong River and its tributaries. It would then have excess power in its own national grid that it could sell into Malaysia, Cambodia or Myanmar.

“We’re trying to move quickly to become the center of the region’s power grid,” Wattanapong said in an interview in Bangkok. “We already have the capacity and the infrastructure to support the vision to become the regional hub.”

The idea of connecting power plants and customers across Southeast Asia has been pursued for more than 20 years, but stymied by issues including lack of government coordination and infrastructure funding.

International grids are rare outside Europe and require solving technical and legal hurdles in addition to building expensive infrastructure. The benefits of success include increased energy security and opportunities to develop untapped renewable resources, according to the International Energy Agency.

Thailand already has existing grid interconnection with Laos and Malaysia. Since last year, Malaysia has been buying 100 megawatts from Laos through Thailand, and is looking to increase the volume to 300 megawatts, Wattanapong said. As well, border towns in Cambodia and Myanmar have been buying small amounts of electricity from Thailand, but infrastructure upgrades are needed to reach the scale comparable to connections with Laos and Malaysia, he said.

Being a hub would bring myriad benefits, Wattanapong said. Thailand could earn additional revenue from transmitting electricity across its power lines, address occasional capacity oversupply, and make better use of its existing infrastructure and power plants. By using its grid more efficiently, the cost of electricity in Thailand would be cheaper over the long-term, he said.

Thailand could help spur movement toward a regional system by signing different bilateral deals with its neighbors, which would be easier than trying to negotiate a larger agreement all at once, said Bikal Pokharel, research director for Asia-Pacific power and renewables at Wood Mackenzie Ltd.

Improved interconnection could justify building large renewable projects in developing countries that otherwise wouldn’t have demand to use them, such as hydropower in Laos or wind power in Vietnam, according to a 2017 IEA report.

“Thailand’s push for regional energy trading could be a step to increase security of supply and system resiliency, particularly as falling costs and higher government targets increase the volume of variable renewable energy generation in the ASEAN region,” said Caroline Chua, a BNEF analyst covering Southeast Asian power markets. “However, scaling up interconnection will require further regulatory harmonization and grid infrastructure investments which can be costly.”

Meanwhile, Thailand’s new minister is looking to revise its so-called Power Development Plan, a national energy guideline, and that could mean more renewable energy and electricity from small generators.

By the end of 2037, about one-quarter of Thailand’s electricity would come from so-called very small power producers, according to the plan. They would mostly generate electricity from biomass and solar plants for community use, and sell surplus power to the grid.

The country would also double the share of renewable energy and reduce shares of electricity generated from coal and natural gas, although the latter would remain the country’s largest energy source. 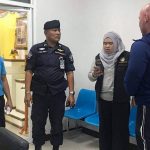 S’porean woman’s husband strangled in Phuket: Norwegian charged with manslaughter, out on bail 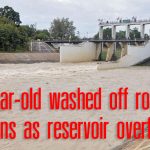 Five-year-old washed off road and drowns as reservoir overflows

Mark KellyFebruary 19, 2020
The National Broadcasting and Telecommunication Commission (NBTC) has ordered True to compensate its customers in...
END_OF_DOCUMENT_TOKEN_TO_BE_REPLACED