Southampton Edge Closer To Survival And That’s Two In Two For Shane Long! But Redmond’s Brace Gets Them On The March. Highlights. Player Ratings. Manager Comments And Stats.

Saints boss Ralph Hassenhuttl seems to know exactly what to do to get the best out of Nathan Redmond who scored twice in his man of the match performance. The same could be said about Shane Long who’s now scored in back to back games for the first time since May 2016.

But overall he’s worked his magic and won eight of his 18 Premier League games. Prior to that Southampton won eight Premier League matches in a staggering 52 games which makes it seem incredible that they are still in the Premier League. Mark Hughes managed three from 22 and Mauricio Pellegrino five from 30.

With this game in the balance, and Southampton winning 2-1, Wolverhampton looked like they could equalise at any moment. That moment arrived midway through the second half thanks to Southampton’s Japanese central defender Maya Yoshida. Yoshida has been at St. Mary’s since 2012 but he’s never really been a regular. He’s a dogged defender who can make a nuisance of himself in opponents penalty boxes. But he’s also prone to making fatal mistakes.

Fortunately for Southampton, when his poor clearance went straight to the unmarked Raúl Jiménez 12 yards from goal, Jiménez failed to accept the offer and his shot went out for a throw-in.

Not long after that Shane Long scored for the second game in a row and for Long, who’s had a rough time in front of goal during the last couple of years, that’s nice to see as he’s a player who runs and runs for his teammates and never gives up.

From one of James Ward-Prowse ‘special corners,’ Southampton’s first compared to Wolverhampton’s nine, Yoshida made a nuisance of himself and managed to squeeze the ball to Long on edge of the six-yard box. Long instinctively turned the ball past Rui Patrício. Wolverhampton’s substitute Adama Traoré had played Long onside much the annoyance of his teammates.

From that point on Southampton controlled the game.

Southampton Quickly Off The Mark

Southampton were quickly out of the traps and took the lead after just 01:34 sconds. The quickest Premier League goal since December 2016 when Virgil van Dijk scored after 01:09 seconds against Tottenham. In those days he played for Southampton but a fat lot of good that did them as they lost  4-1 at home and Redmond, saw red,in the 57th minute for holding.

Josh Sims, making his first Premier League start of the season, found himself in space on Southampton’s right and put in a low cross right in the corridor of uncertainty (towards the six-yard box and bending away from the keeper). Redmond reacted first and managed to get in front of  Wolves defender Romain Saïss to finish.

Wolves, without an away win in their last four games. pressed for an equaliser which came after 28 minutes. João Moutinho flung over a corner from Southampton’s left and Willy Boly rose above everybody to firmly head home.

118 seconds later Southampton had restored their lead after Danny Ings put Redmond in for a one-on-one with Patrício. As Patrício advanced to the edge of his six-yard box Redmond cleverly dinked the ball over him. Before half-time Sims had a couple of opportunities to put this game to bed. Both times he fired wide.

Man of the match: Nathan Redmond 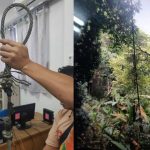 NO CHARGES FILED OVER ZIPLINE FALL THAT KILLED CANADIAN

Brit who killed Thai wife dies of ‘injuries’ in prison