Four South Koreans and a Thai landlord were arrested when police raided an online-gambling operation run out of a luxury Pattaya condo.

Police said the Koreans confessed, admitting they rented the condo on Aug. 27 from Apiwan. They hired Korean programmers in China to create the sports-betting website and paid additional staff in South Korea to host the site and advertise it.

Police said it generated about 10 million baht in revenue a month.

Immigration police said Park Byun Guk, one of those arrested, also was wanted on forgery charges causing 10 million baht in damage back home in South Korea.

They added that the gang entered Thailand six months ago, but worked the first three months in Bangkok before relocating to Pattaya.

They were charged with various gambling and immigration offenses and will be deported. Apiwan, meanwhile, will be prosecuted for not registering her foreign residents. 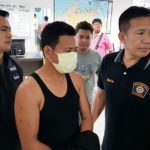