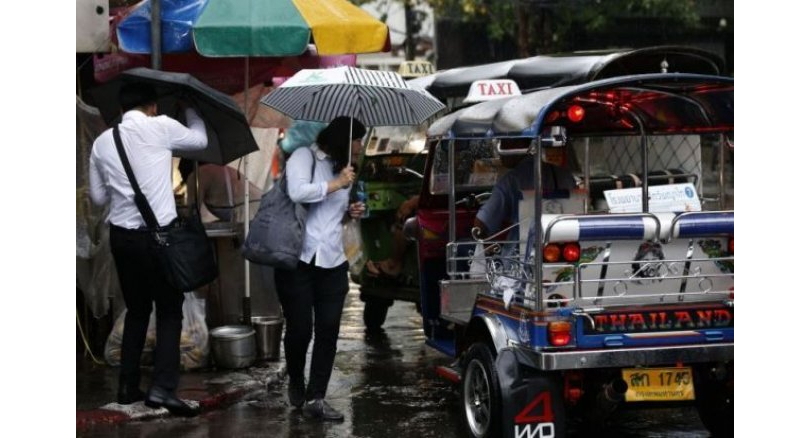 Temperatures across Southeast Asia have dipped beyond the norm in recent days, with non-stop rain and strong winds contributing to chillier tropics.

The thermostat has dropped to as low as 22°C in Kuala Lumpur and Singapore and 17ºC in Bangkok, cold bouts have been reported in Cambodia, Vietnam, Indonesia and the Philippines, and ice slabs have even been found in parts of Myanmar.The weather has become so chilly that Malaysian Prime Minister Datuk Seri Najib Tun Razak tweeted on Friday (Jan 12): “Wow, Malaysia’s weather is really cold today, just like in Jeddah!”

He had just returned from a trip to Saudi Arabia.The Malaysian Meteorological Department attributed the chill to the north-east monsoon, but did not expect temperatures to dip further. The agency forecasts all-day rain to last until Sunday in Kuala Lumpur. Thailand has been experiencing a cold snap since last month, with fog blanketing its northern regions and frost forming on mountains.

In Hanoi, the Vietnamese capital, the temperature fell to as low as 8ºC, the lowest this winter for the city.Though Cambodia was also struck by the cold weather this week, it was not as bad as last month, when the temperature plunge caused a sweater-shopping frenzy, and baby elephants had to wear hand-knitted coats.

The Philippines has been experiencing generally colder weather too, a result of the El Nino-La Nina weather dynamics, and the chilling Arctic air called the polar vortex. “We have seen a cold blast in the Pacific and Atlantic regions,” said the local weather bureau’s forecaster Nikkos Penaranda. The lowest temperature recorded recently was 12.2ºC in the northern city of Baguio on Jan 1.

Meanwhile, Indonesia’s Meteorology, Climatology and Geophysics Agency said it recorded moderately lower-than-usual temperatures in the Riau Islands, an Indonesian province closest to Singapore, and in Nusa Tenggara Timur, east of the country’s main tourist island of Bali. On Friday, the two locations registered temperatures of 23ºC to 25ºC.

All other provinces are seeing relatively normal temperatures, state weather forecaster Risda Novikarani told The Straits Times.Over in South Asia, the northern parts of India were also in the midst of a cold spell, but meteorological officials said this was well within the range for winter months.

“Temperatures have fallen and the cold wave condition is more severe in January than December,” said Mahesh Palawat, director of private weather forecaster Skymet. “It is a normal winter.”According to India’s Meteorological Department, minimum temperatures in most parts of northern India this week continued to be between 5ºC and 10ºC, and would remain so until Monday (Jan 15). 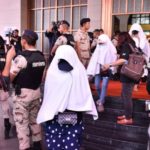 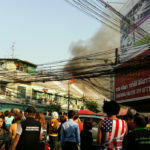