This is the terrifying moment a snake was caught hiding under a six-year-old girl’s mattress – which she had been sleeping on for three nights.

Wanida Buayuen, 46, noticed the black tail of a reptile under the mattress in her daughter’s bedroom but they decided to leave it as they thought that it was a lizard.

The 6ft long rat snake had not moved for three days until her daughter, Nong, dropped the lipstick and saw the head of the snake under the bedhead at her room in Chonburi.

The mother rushed to the room when she heard the girl screaming and witnessed the serpent.

She dragged he mattress out and called for the rescuers yesterday (06/03) morning.

Wanida said that she regularly left the door open to let the fresh air in while she was making coconut milk in the backyard.

She said: ”The snake must come in while I was busy working in the backyard. I felt sorry for my daughter to sleep with it for three nights, she was still in shock.”

Rescuers spent more than 30 minutes catching the rat snake as it kept biting and fighting them back aggressively.

The reptile was bagged up to be released it back into the wild. 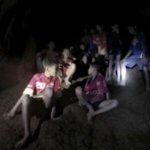 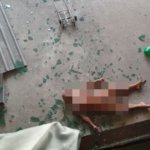