WELL, better late than never, as the saying goes.

After some umming and ahhing, the Sarawak government has finally decided to implement the smoking ban at all eateries in the state on March 1.

Local Government and Housing Minister Datuk Dr Sim Kui Hian said the state Cabinet made the decision “for the health of the general public” at its meeting on Jan 24.

This comes in the wake of the federal government’s smoking ban at all restaurants and food outlets, which came into effect in peninsular Malaysia on Jan 1. In Sabah, the ban was implemented on Feb 1.

But like most of my non-smoking friends, I was left feeling deflated when Dr Sim said in December that the ban would not apply in Sarawak, unless the state government adopted the policy according to its own local government ordinance and by-laws.

He clarified that this did not mean Sarawak was not in favour of anti-smoking measures, but that the state would have its own ban in line with its autonomy under the Malaysia Agreement 1963 and Federal Constitution.

At that point, it remained unclear when and how Sarawak would adopt the ban. The air, too, did not get much clearer when Dr Sim was reported saying on Dec 31 that the state Health Department would meet with various stakeholders on Jan 9 to discuss the ban.

Meanwhile, after Jan 1 rolled around, non-smokers in Sarawak could only look on enviously as comments began appearing on social media about how much more pleasant it was to dine out now in the peninsula without cigarette smoke polluting the air.

It was then reported after the Jan 9 meeting that the state Cabinet would decide on the mechanism of enforcing the ban at its Jan 24 meeting.

Hence, Dr Sim’s subsequent statement on the ban was greeted with a measure of relief.

But here’s the thing. It looks like what will be enforced in Sarawak is pretty similar to the federal ban.

For instance, licensed food outlet operators may, with the approval of local authorities, designate a smoking area at least three metres away from the nearest table where food is served and they will be responsible to ensure that the area is kept clean.

The state Cabinet also agreed that the first six months from March 1 will be an “educational enforcement” period, with no compounds to be issued at this time.

As such, there really doesn’t seem to be a good reason for delaying the ban’s implementation beyond the notion of asserting Sarawak’s autonomy. And why bring this up now? I don’t recall anyone making noise about autonomy back when the no-smoking policy was introduced at air-conditioned restaurants and workplaces.

Also, why not introduce it sooner than March 1? As others have pointed out, it’s not as if the ban was announced at short notice by the federal government.

So, Sarawakians have to wait another month for smoke-free eateries.

In any case, now that the ban has been announced, let’s hope it will be properly enforced once it comes into effect. 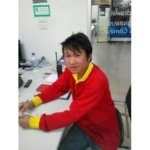