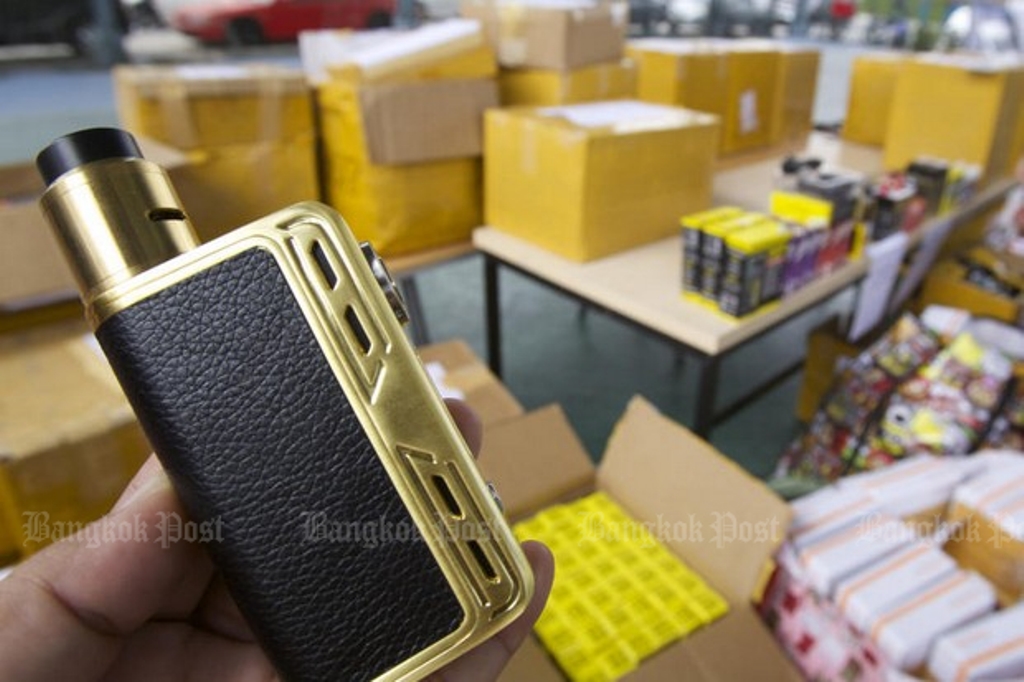 MORE SMOKE IN THE E-CIGARETTE LINE

Electronic cigarettes, known as e-cigarettes, are back in the public eye following a series of police crackdowns on e-cigarettes which are illegal under Thai law.

The Commerce Ministry law bans the production, import, sale and consequently possession, of e-cigarettes. Users are demanding e-cigarettes be removed from the list of banned items. Public health personnel, however, are adamant the devices should remain prohibited. The debate comes amid some public confusion as to whether the law is being applied evenly. Some traders openly sell the devices and associated paraphernalia, and some users are open about smoking them in public.

Meanwhile, at least five police crackdowns on e-cigarettes were mounted last week in Pathum Thani, Pattaya of Chon Buri, and Samut Songkhram. One of crackdowns in Pattaya involved a net idol who was arrested for possessing a device. Deputy police spokesman Pol Col Krissana Pattanacharoen warned those who import e-cigarettes into the country could face maximum jail term of 10 years and fine of five times the import value. Anyone who sells e-cigarettes or is found in possession of them it could face a 5-year maximum jail term. E-cigarettes use battery power to heat an element to disperse a solution of chemical substances including propylene glycol or glycerine, flavouring and usually nicotine, resulting in an aerosol that can be inhaled by the user.

The Department of Disease Control (DDC) and anti-tobacco networks insist e-cigarettes are much more hazardous to health than tobacco cigarettes as previous studies have detected formaldehyde, used to preserve corpses, in the vapour from some e-cigarettes. In addition, no academic research proves the devices can help tobacco smokers quit as advocates claim. But e-cigarette supporters have raised a 2015 report commissioned by the Public Health in Britain to fight for legalisation of the device.

The report titled “E-cigarettes: an evidence update” says best estimates show e-cigarettes are 95% less harmful to health than normal cigarettes, and when supported by a smoking cessation service, help most smokers quit tobacco altogether. It said a high level of formaldehyde was found when e-liquid was overheated to levels unpalatable to e-cigarette users, but there is no indication e-cigarette users are exposed to dangerous levels of it.

Mr Maris believes legalising e-cigarettes and regulating them to ensure standardisation and quality control of liquids and vaporisers will benefit both users and the government. They would provide a safer alternative for users which in turn will also protect people from being exposed to tobacco fumes since the device provides little to no fumes compared to traditional cigarettes. Furthermore, he said putting e-cigarettes on the banned list has driven sales of the devices underground, causing problems in regulating them and resulting in a loss of potential tax revenue which the government could have collected.

He also said their efficacy in helping smokers quit tobacco is questionable. Most e-cigarette users do not quit smoking when they switch to the device but instead became dual users — using both traditional cigarettes and e-cigarettes. On Dec 16, the network of e-cigarette users led by Mr Marit submitted a petition to the National Legislative Assembly (NLA), along with the signatures of more than 17,000 people asking to legalise electronic cigarettes. Siripol Yodmuangcharoen, chairman of the NLA’s commerce subcommittee who received the petition, said the group backed its calls with information that 160 countries allow the sale of e-cigarettes, while only 15 countries have banned them. He said the group also claimed a substantial amount of import tax revenue has been lost due to the government’s ban.

Although Mr Maris is aware the issue still need to be discussed, he said he is open to debate and welcomes any agency joining a discussion with him on national television. “So far nobody from the public health sector has been willing to debate with me on public TV,” he said. Source: Bangkok Post 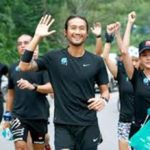