A man in his 50s has been arrested on suspicion of grievous bodily harm over the assault, according to the Met Police

A heroic police officer is in hospital despite taking down his knifeman with a Taser during a “sudden and brutal” assault last night.

The uniformed officer, in his 30s, was stabbed several times in “the head and around the body” with a machete just before midnight.

But the bobby, thought to be a father, still managed to subdue his attacker in Leyton, east London, before the knifeman was arrested on suspicion of grievous bodily harm.

The police officer is now in a serious but stable condition in hospital. He will undergo surgery on a “defensive wound to the hand” and has suffered a head injury.

A man in his 50s has been arrested over the assault, according to Met Police.

The stabbing took place after police chased down a van which had failed to stop.

Speaking at a press briefing today, Detective Chief Superintendent Richard Tucker said: “A violent struggle ensued. The police officer was stabbed in the head and around the body.

“He has serious injuries but he will make a recovery. He will have an operation at around 10 am to a defensive wound to his hand. His family are with him in hospital. 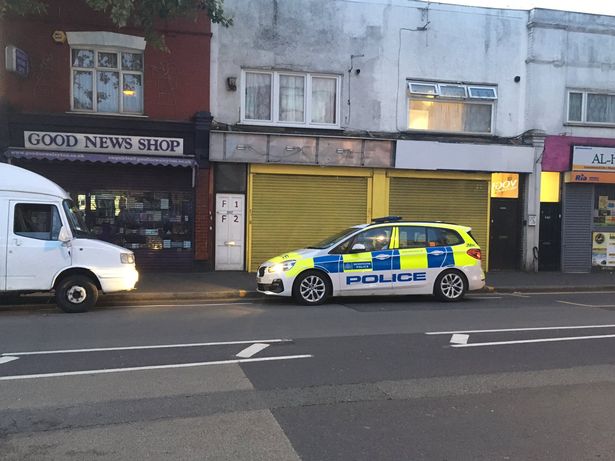 “He has an injury to the side of his head but he is fine. He told me he was OK; I have just visited him.

“He is an amazing police officer, of great humour. He is great to be around.

“This highlights the amazing job officers do every day. They confront some of the most dangerous people in this society.

“It was an unprovoked and shocking attack.”

One Twitter user wrote: “Major incident next to Leyton Midland Road. Looks like someone has been seriously injured in the incident. About 20 police vehicles have arrived.”

The policeman was stabbed after officers got out of the police car to speak to the male driver of the van who was suspected of having no insurance.

He then attacked the uniformed police officer with a machete, it is claimed.

The suspect was arrested by the other officer.

The injured officer was taken to hospital by London Ambulance Service.

His next of kin have been informed.

The suspect remains an east London police station for questioning.

He did not require hospital treatment.

Inspector Julia James from North East Command Unit said: “This was a sudden and brutal attack on a uniformed officer carrying out their duties. What began as a routine vehicle stop has transformed very quickly and unexpectedly into an unprovoked attack with a weapon.

“Our thoughts are with the injured officer and his family and we wish him a full recovery. I would like to commend his bravery and resilience especially as he managed to draw a Taser, despite being repeatedly stabbed, to prevent the suspect harming anyone else and to protect himself from further injury.

“My colleagues came to work that evening to protect and serve the community. Events such as this highlight the courageous work that police do every day, sometimes having to confront violent and dangerous individuals, who are determined to do them harm.

“This incident highlights the very real risk that police officers can be confronted with on a daily basis and the courage and professionalism officers demonstrate when doing their job.

“I would urge any witnesses to the incident to contact police via 101 quoting CAD3/8August or Crimestoppers anonymously via 0800 555 111.”

Police are not looking for anyone else in connection with this incident and there are no other reported injuries. Inquiries continue.

A crime scene remains in place. At this stage, there is nothing to suggest this incident is terrorist-related. 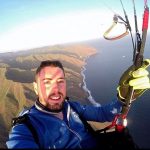 YouTuber Ruben Carbonell dies after his parachute fails to open 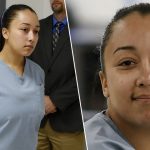 Mark KellyJanuary 24, 2020
The horror of Australia’s bushfire season is again apparent with confirmation three US residents were...
END_OF_DOCUMENT_TOKEN_TO_BE_REPLACED