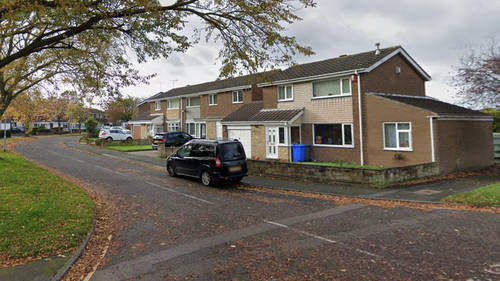 Six teenage boys have been arrested for murder after a 35-year-old man died from serious head injuries he suffered in an attack.

The victim died today after emergency workers found him wounded in the Romsey Close area of Cramlington, a small town near Newcastle.

He was rushed to hospital with serious head injuries in the early hours of Saturday morning.

However, he died today as a result of his injuries.

A murder investigation has been launched and six teenage boys, all aged 16 or 17, have been arrested.

Northumbria Police Detective Inspector Joanne Brooks said: ‘First and foremost are thoughts are with the family of the man who has sadly lost his life as a result of this tragic incident.

‘We have specialist family liaison officers who are supporting them at this devastating time and I would ask that the family’s privacy is respected as they come to terms with their loss.

‘Sadly, as a result of the attack, the victim suffered significant injuries and died in hospital the following day.

‘Enquiries are ongoing to establish exactly what has happened and how the victim in this case has ultimately lost his life.

‘A team of detectives are now working to establish the facts and we’d encourage any witnesses to come forward.

Detectives have encouraged witnesses to come forward, along with any passing motorists who may have dashcam footage. 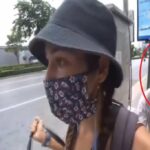 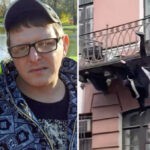 Couple fall off balcony together (video)