Smoking will not be allowed inside the passenger buildings at all six airports operated by Airports of Thailand Plc (AoT) from Sunday, said acting AoT president Sutheerawat Suwanwat.

Wing Cdr Sutheerawat, who is also managing director of Suvarnabhumi airport, said the designation of no-smoking zones at the six airports is in line with the 2017 Tobacco Control Act and a 2018 Public Health Ministry announcement which requires offices of government agencies and state enterprises, including airports, to declare no-smoking areas to protect non-smokers.

The AoT therefore abolished all smoking rooms in the offices and passenger buildings at the six airports under its management on Feb 3.

However, the AoT has instructed the six airports to arrange smoking areas outside the passenger buildings. Information on smoking areas can be obtained by calling AoT Contact Centre at 1722.

Update: Time Travel Is Possible — But Only If You Have an Object With Infinite Mass 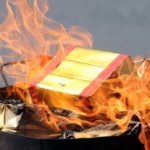