A singer-turned-activist who spent five years in prison for defaming the monarchy was released Wednesday morning.

Thanat Thanavacharanon, or Tom Dundee, was greeted by supporters as he walked out from Bangkok Remand Prison at 5:30am on Wednesday. He was convicted over speeches found to be insulting to the late King Rama IX and Queen Sirikit delivered on Redshirt protest stages in 2013.

Thanat was released five months earlier than set out in his sentence due to a royal pardon. The 60 year-old activist was originally sentenced to a decade in prison by the military court for two charges of lese-majeste, before the sentence was halved when he pled guilty.

On top of the prison sentence, the Criminal Court instructed him in 2016 to write a song promoting national reconciliation and plant trees to honor His Majesty the King once he completed his jail term. It is unclear whether Thanat remains committed to these promises.

Thanat was thankful to his supporters, who gave him red roses as he walked to freedom. He said he would continue authoring songs and making merit.

“Thank you to the past, to the challenges, and the sorrows. Without them, I would not have been able to find happiness,” Thanat said. “My life in prison was like being in a boarding school, where I learned a lot of things, including the religion which guides me.”

After an interview with reporters, Thanat attempted to sing a song he had written behind bars, but was overwhelmed with tears before completing a verse.

He tried again that afternoon while attending a welcoming party hosted by Redshirt leaders and ex-prison mates including Jatuporn Prompan and Arisman Pongruangrong, but was unable to end the same verse.

“I am just a grain of sand on the beach of democracy,” Thanat said during the party. “I have chosen to do what is right, even if it might bring me harm or even death.”

Thanat was accused of four charges related to lese-majeste, but was acquitted of two in 2018 due to lack of evidence. 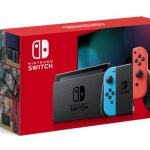 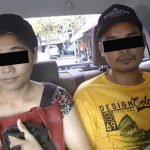