A Singaporean and his Thai wife who skipped bail in Singapore on charges of internet fraud involving luxury watches and bags worth hundreds of millions of baht are reported to have fled to Thailand.

Singapore’s CNA news channel reported that the couple were presumed to have fled Singapore by hiding in the container compartment of a lorry, according to the Immigration and Checkpoints Authority (ICA).

At least 180 complaints involving two companies, Tradenation and Tradeluxury, which were operated by the couple, have been made to police since June.

The complainants said they made advance payments for luxury watches or bags that were not delivered.

CNA reported the 26-year-old Singaporean man was arrested on June 27. He was released on bail the next day after his passport was impounded. His wife, 27, surrendered her passport on June 30. Since then, the couple could not be contacted.

Chinese daily Shin Min Daily News said the couple, also known by their aliases Kevin and Ann, had left Singapore and entered Malaysia from Tuas Checkpoint and were believed to now be in Thailand.

The couple had fled after being granted bail, he confirmed, but did not say if they came to Thailand.

Interpol has issued a Red Notice, indicating arrest warrants have been issued for the couple in Singapore. However, Singapore has not contacted the Royal Thai Police for help.

The Shin Min Daily News reported that before the couple started the luxury good business, Kevin worked as shoe salesman. He met Ann through a dating app.

After they married, the couple opened two companies selling pre-ordered brand-name items to customers using the social media and websites as their trading channels. They continued their business until customers began to suspect something was amiss after the couple fell behind in delivering the goods on order.

A 37-year-old customer told the news agency he paid more than S$700,000 (18 million baht) for six Rolex and Patek Philippe watches, which they never received.

The customer had bought from the couple before, and there was no problem.

The couple told the customer there was a delay in shipment and tax procedures because of the Russian war in Ukraine and they would have to wait for three months for the issue to clear up, according to Shin Min Daily News. 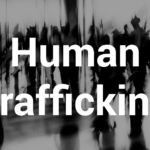 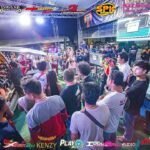