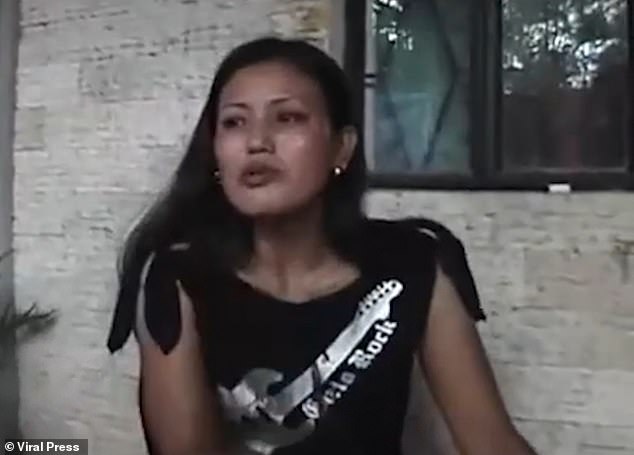 Animal rights groups are currently hunting an evil woman who was filmed stubbing out a cigarette on a puppy’s eyes.

A video has emerged which shows how the woman holds a lit cigarette in one hand while with the other she grabs a poor black and white puppy by the neck.

The Society for the Prevention of Cruelty to Animals in Singapore was alerted to the sadistic video last month showing the dog in pain after it emerged in the country.

In the blood-boiling footage, the inhumane torturer begins calmly smoking outside a house before repeatedly crushing the burning cigarette on the puppy’s eyes and face.

The helpless puppy can be heard attempting to cry out in pain.

However, his yelps are stifled as he appears to have his mouth taped shut. Having finished burning the puppy, the woman then snaps its paws.

The vile footage continues for four minutes with the horrible woman repeatedly burning the dog’s face.

The animal welfare organisation is now appealing for help to identify the woman after initial claims that it was filmed in Singapore or another country in the region.

They believe the video was made by ‘syndicates that profit from animal torture films, including some that are produced for sexual fetish.’

They said in a statement: ‘There are indications that the incident may not have occurred in Singapore but we are exploring all possibilities and urgently appealing for credible information to seek justice for the puppy.

‘If you know the identity and whereabouts of the woman, please provide the information to the relevant agency in your country.

‘Alternatively, you can contact us and we will relay the message in strict confidence. Let us stand united against animal cruelty, wherever it may occur.’

She said: ‘The innocent black-and-white puppy has their mouth tied shut, completely helpless against the agonizing torture.

‘This shocking incident cannot be ignored, or more animals will be tortured or killed.’ 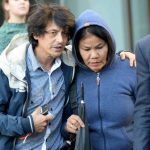