Members of a Singapore delegation in Lombok, Indonesia, for a security conference are safe after Sunday’s magnitude 7.0 earthquake, said Law and Home Affairs Minister K. Shanmugam.

In a Facebook post at about 9.55pm, the Minister said that he was working on his laptop in his room on the 10th floor of a building when the quake struck.

“Suddenly the room shook violently, walls cracked, it was quite impossible to stand up. Heard screams,” he added.

Mr Shanmugam left the hotel room and made his way downstairs while the building was still shaking, adding that the power in the building had gone out for a while.

The delegation, which has 11 members, was in Lombok for a sub-regional counter-terrorism meeting co-hosted by Indonesia and Australia.

Other countries that are involved in the meeting include Malaysia, Brunei and New Zealand. The conference ends on Monday.

He noted that while the Singapore delegation was safe, there were casualties among other guests.

Australia’s Home Affairs minister Peter Dutton, who was there for the same meeting, told the Sydney Morning Heraldthat the quake “was powerful enough to put us on the floor”.

“We were up on the 12th floor, the lights went out and we were able to evacuate,” Mr Dutton said. “I think we were pretty lucky in the end.”

Mr Dutton and his delegation, along with his New Zealand counterpart, have since been evacuated from their hotel and are standing by to be evacuated to Bali, where the quake’s effects are thought to be less severe.

Mr Shanmugam advised Singaporeans in Lombok to contact the Singapore embassy in Jakarta at +62-(811)-863-348.

“Hoping that there are no serious injuries and that everyone will be ok,” he said.

Indonesia’s resort islands of Bali and Lombok were hit by a magnitude 7.0 earthquake on Sunday.

The quake, which struck at a depth of 15km off the north coast of Lombok, prompted a tsunami warning which was later lifted at 8.25pm local time.

Singaporean tourist Ramya Ragupathi, 37, was just finishing a massage in Ubud when the quake struck at 7.45pm local time.

“I was a little shaken. It was quite intense. I felt really woozy, and at first thought it was because of the massage. But then the receptionist got everyone to move and evacuate,” she said.

Ms Ragupathi, who owns a gluten-free food firm in Singapore, also said that local staff at her accommodation stayed calm and were very helpful even as the tremors were felt.

In a high alert advisory, Singapore’s National Environment Agency said there are no reports of tremors in Singapore and that Singapore is unlikely to be affected by any tsunami that may be generated.

“As the situation remains fluid, customers are advised to check the status of their flights on our website,” the spokesman said.

A Jetstar spokesman said the airline was monitoring the situation closely, and that its flights to and from Denpasar were operating as scheduled.

“Should there be any changes, we will advise our passengers as soon as possible,” they added.

Changi Airport Group said on Sunday evening that it was monitoring the situation. 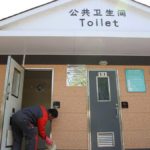