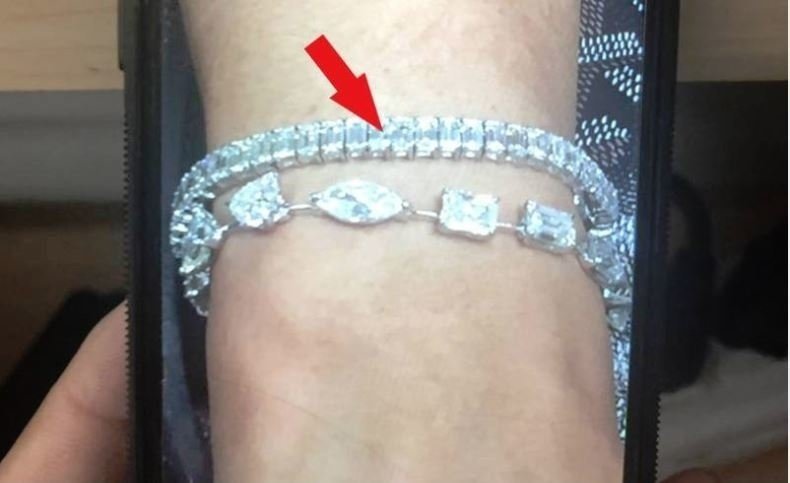 The housewife went through passport control then visited the toilets before cleaning her hands – which she said was the last time she saw her five-carat diamond bracelet.

Jamilah noticed the wedding gift from her husband was missing when she had left the airport then immediately returned to try and find it.

Wearing a glittering collection of platinum and diamond jewellery, she told airport police that the last time she saw the bracelet was while she was washing her hands after the two and a half hour flight.

Jamilah said: “I quit my job after I got married into a wealthy family because my husband does not want me to work. I had come for a four-day leisure trip. I always travel with a lot of jewellery.”

In the video, Jamilah shows a bracelet similar to the one she lost. It has several large sparkling stones mounted on a platinum band.

She appears to mistake the diamond for a 50 carat stone but it is believed to only be five carats. There appear to be around seven on the chain, putting the value of her missing bracelet at a minimum of 200,000GBP.

Jamilah added: ”One stone is worth 35,000 dollars, but they have more value as it is a wedding gift from my husband who is working as a businessman. This jewellery belongs to my husband’s family. They own a lot and have a big collection.”

Police said they were now checking CCTV to investigate the incident and see if they could trace the missing bracelet.

An airport tourist police spokesman: “We have already sent the photos of the lost bracelet across the
airport and to local jewellery shops, because if a thief has stolen it, they might already have sold it.” 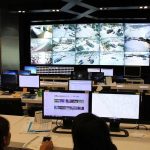 Pattaya must stay one step ahead of TERRORISM