Siam Piwat Co, Ltd, the joint venture partner of IconSiam and the operator of the Siam Paragon and Siam Centre, has won the retail development award for the concept and “cutting-edge design” of its Siam Discovery by the world’s largest retail development association – the International Council of Shopping Centres (ICSC).

In an awards ceremony in Las Vegas, Siam Discovery took the top spot from among hundreds of projects from around the world in the ICSC’s Viva Awards.

The awards are presented annually by a jury to “recognise the best-of-the-best in the world of retail development”.

Chadatip Chutrakul, Siam Piwat CEO, said: “Siam Piwat’s strategy for growth is to do things in retail and retail development that have never been done before in Thailand or even the world. We are committed to being a thought-leader on the global stage through co-creation with retailers and other partners in our developments. It’s Thailand 4.0 in action, and it proves that Thai creativity and collaboration can take our country’s flag to the top, even on the world stage.”

Siam Discovery opened in 1997. It underwent a Bt4 billion re-build and reopened in 2016 as Thailand’s “largest lifestyle speciality store”.

During the past two years, Siam Discovery said it had won six global awards from prestigious retail competitions.

The judges at ICSC praised Siam Discovery for being transformative. “Siam Discovery is a highly imaginative project that gets away from individual stores and walls and into an immersive open experience. It is the first mall development that makes retail an experience as well as the spaces in between being exciting and stimulating. Siam Discovery brings the latest digital technology offerings to create an interactive and experiential retail environment.”

Chadatip said: “Siam Discovery is a game-changing, hybrid retail destination where products, services and activities are brought together in a way that suits the lifestyle of millennials.

“Products are grouped without the constraints of a particular brand or school of design, in a way that puts the needs of the customer at the centre. Millennials want to discover their own style while exploring new experiences with other people. Here they can experiment and discover what they like and what expresses their identity best.” 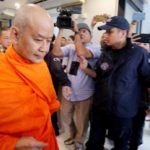