Shot Tourist: A KEY SUSPECT in a shootout in the car park of the Centara Watergate Pavillion Hotel on Sunday that left an Indian bystander dead and four other people injured has claimed that he was fired at by a rival group first, and was forced to defend himself and his friends.

Preecha Sak-udompaisal, 28, who was yesterday escorted by police to re-enact the crime at eight spots in the area of the crime, also said he had surrendered to police on Tuesday and handed over two .38 pistols in order to express his innocence.

According to the crime re-enactment, Preecha’s group and the rival group led by Pornthep Pumpuang, 23, who was among the wounded, had a previous dispute over an alleged turf war.

They ran into each other near the Krua Pratunam restaurant that night and Preecha says Pornthep’s group was the first to fire a gun, forcing him and his group to shoot back.

Dheeraj Gakhrejr, a 42-year-old Indian tourist eating with his compatriot and co-worker Sharma Dharmendra at a table behind the spot where Preecha’s group was standing, was shot dead by a stray bullet while Dharmendra was also wounded.

After the crime re-enactment, Preecha was taken to court to apply for a 12-day detentionperiod, with police opposing his bail. 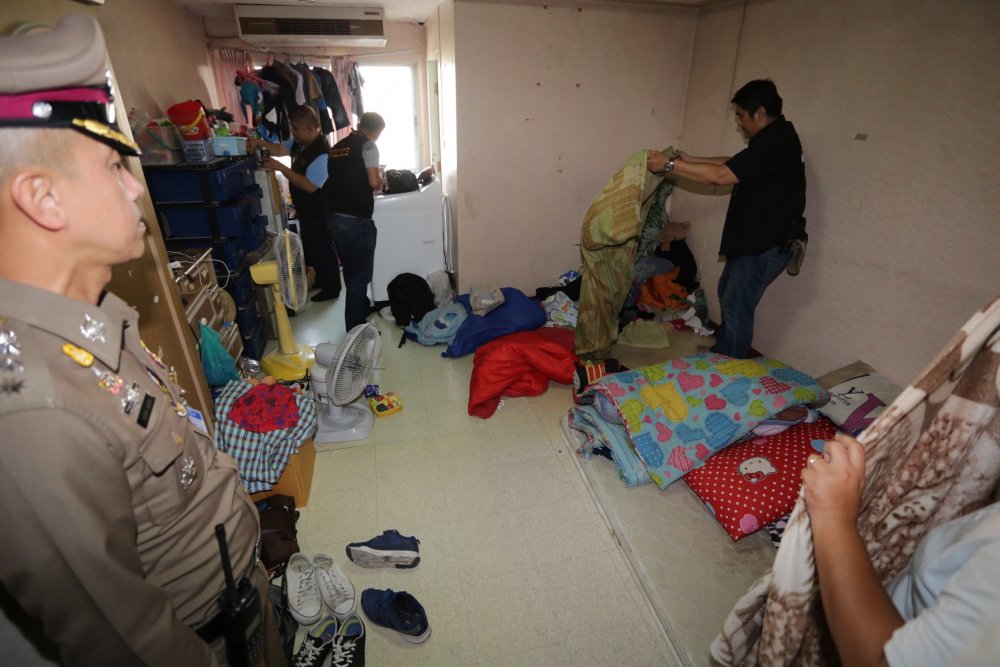 The memory card from a vehicle dashboard camera was seized from a Pratunam apartment and could hold clues.

Police searched homes in Pratunam, Ramkhamhaeng, Tao Poon and Thon Buri areas, as well as houses in Nonthaburi and Pathum Thani provinces, in their hunt for five people still at large among the 11 suspects in the case.

Six suspects are already in custody, including the wounded Pornthep, has now been moved to the Police General Hospital.

Pol Maj-General Senit Samransamruajkit, commander of Metropolitan Police Division 1, led the raid on the Pratunam apartment occupied by Savitree Sanguansap, the wife of Kwan Thongdee, 36, and their two children. They confiscated his dashboard camera memory card.

Savitree said Kwan was not an aggressive man and would not get involved in a brawl, but she admitted he had not returned home since the day of the incident. 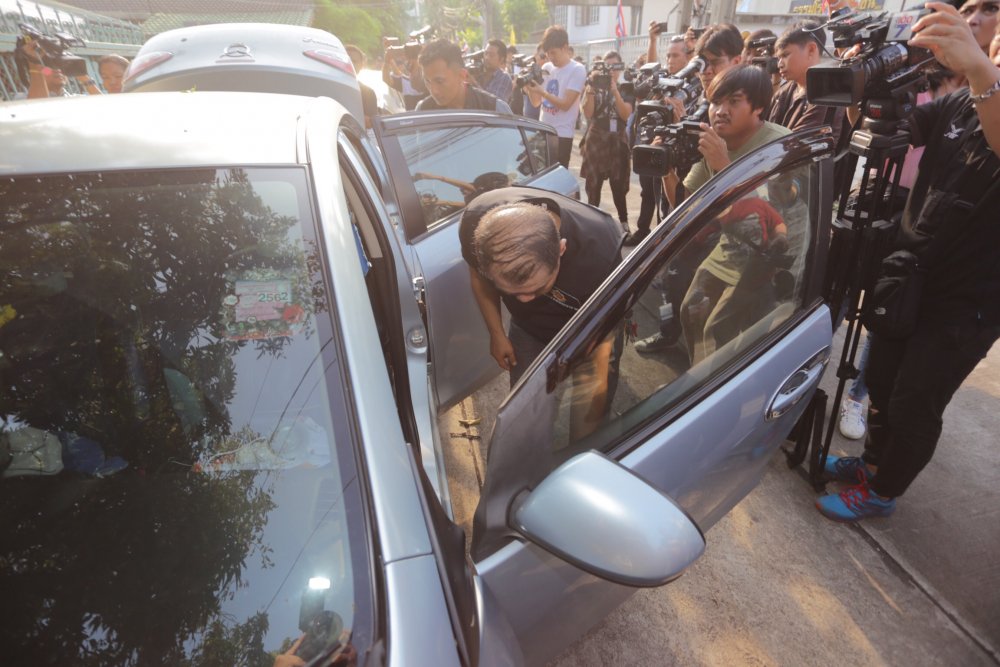 Senit’s deputy, Pol Colonel Nakarin Sukhonthawit, said the shootout may have been the result of a power struggle but other possible motives were also still being investigated. He said the 7.62mm bullets fired could have come from a hunting rifle or a modified “Thai Pradit” gun.

Nakarin said Preecha’s testimony had suggested the incident did not involve any “influential groups”. The deputy added that police would seek arrest warrants for 10 more suspects.

Acting deputy city police chief Khatcha Thatsat later said a post-mortem on the dead tourist had determined he was killed by a low-pressure bullet, not one fired from a military weapon.

A police source said that Pramook, Somchai, Piromwet, and Thatchakorn – all of whom had surrendered to police on Tuesday |night – only admitted to being at the scene at the time but denied any involvement in the shootout.