Shocking footage shows an American tourist being whipped by street traders in Barcelona during a violent brawl.

The man was reportedly set upon by the thugs in the Plaça de Catalunya after he intervened to stop them throwing insults at a woman pushing a pram.

Video filmed by a startled onlooker shows the group of men punching the unnamed victim, who is reportedly aged 45.

One of the attackers, wearing a white t-shirt and light brown shorts, then runs at the tourist and repeatedly whips him with his belt.

He was said to be left with bleeding wounds after the attack and treated in hospital.

The clip ends with the victim running out of shot and horrified passersby rushing to break up the fight.

The woman with the pram had reportedly complained that the street traders had not left her enough space to cross the road.

There have been no arrests. Police are reportedly trying to speak to the American tourist about the attack. 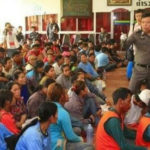 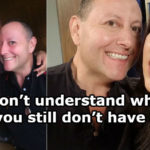 American Man Has A Problem Affording His Young Thai Fiancé “If You Don’t Take Care Of Me Then Just Say Bye.”