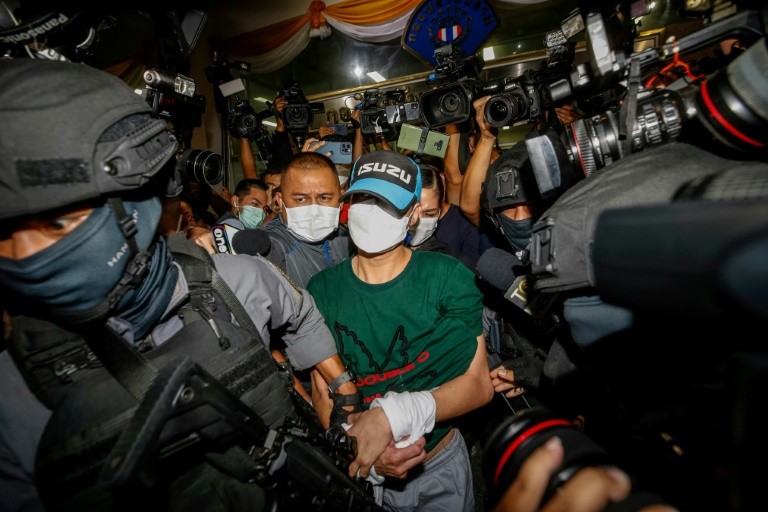 The parents of a drug suspect allegedly tortured to death by seven police officers have joined public prosecutors in suing the officers in court, demanding 1.55 million baht in compensation for the loss of their son.

Jakkrit Klundee and Chanjira Thanapat on Friday asked for permission from the Central Criminal Court for Corruption and Misconduct Cases to be additional plaintiffs and the judges approved their request.

The parents are also seeking financial compensation of 1.55 million baht from the defendants, who will be required to respond at the next hearing in January.

The move by the parents came on the first day of court proceedings in the case that shocked the country. The court formally informed the defendants about the four charges — malfeasance, abuse of authority, torture causing death and coercion — that the seven officers had committed against Chiraphong, after the Office of the Attorney Generalal handed down the indictment on Monday.ad

Mr Jakkrit said after the hearing that he and his wife decided to be joint plaintiffs so they could stay directly informed about the progress of the case.

“The picture of my son being tortured is lingering in my mind,” he said. “I can never accept that.

“I came today to listen to what they said and to seek justice from the court.”

Pol Col Thitisan, the former chief of the Muang district police station in Nakhon Sawan, and the other six accused have denied all charges. The accused rungleader was known as “Joe Ferrari” because of his collection of dozens of luxury cars and extraordinary wealth.

In court on Friday, they said they had no intention to cause the suspect’s death. The interrogation, they said, was intended to obtain information from him to expand their drug crackdown.

Chiraphong and his wife were arrested by Pol Col Thitisan’s team on the night of Aug 4 in Muang district after the couple sold 300 grammes of crystal meth to a policeman posing as a buyer. They were taken to an interrogation room at the police station.

The seven policemen started questioning the pair at 1pm on Aug 5 to press them to reveal the location where they allegedly kept their drugs, according to documents filed by prosecutors.

At one point, Pol Col Thitisan used plastic bags to cover the head of Chiraphong with no holes for him to breathe, while other team members either kept him in a fixed position or stood ready to help for more than six minutes until he died of suffocation, the suit says.

Earlier reports said that the body of Chirapong was sent from the police station to Prince Paknampo Hospital at 7.20pm on Aug 5 and he was pronounced dead at 1.20pm on Aug 6.

When they handed over the body at the hospital, police initially claimed that Chiraphong had fallen down and become unconscious after being chased.

The post-mortem examination to determine the cause of death was carried out at Sawanpracharak Hospital.

Chiraphong’s wife was released after the deadly interrogation session at the police station.

The other suspects in the case are:

They were escorted from Bangkok Remand Prison to the court for the first hearing on Friday, in the presence of their lawyers.

The court set Jan 19 as the next hearing date, when both sides will be asked to examine the evidence.] 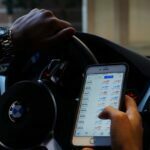 Drivers to be banned from using hand-held devices 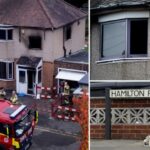