Nong Sai, 27 year old, otherwise known as “the sexy hairdresser” has been causing mayhem in the social media world here in Thailand recently after some attractive pictures appeared online.

The pictures were originally posted as a bit of fun by her sister however, Nong Sai was suddenly getting all sorts of unwanted attention, not that I’m one bit surprised by the way. She has been accused of dressing in skimpy outfits in order to attract more customers to her shop.

As you can see, she likes to wear pretty low cut tops, revealing what I can only describe as some fairly useful assets.

Nong Sai has hit back though, saying that the pictures were taken after working hours, and she had changed from her working clothes into a more comfortable outfit. The little boy that you can see in the picture turns out to be her nephew.

She told reporters that since the photo’s appeared online she has received all sorts of weird and wonderful phone calls and messages, with some pretty unusual requests, hardly any relating to haircuts, can you believe.

Nong Sai reiterated again, that she is not out to impress anyone, but is dedicated to giving her customers a good hairdressing experience.

You will all be pleased to know that she has a rather large queue of customers most days, so anyone interested in giving Non

g Sai a try, for a haircut only of course, needs to get booked in early. 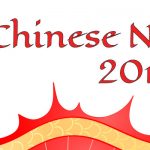 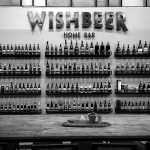