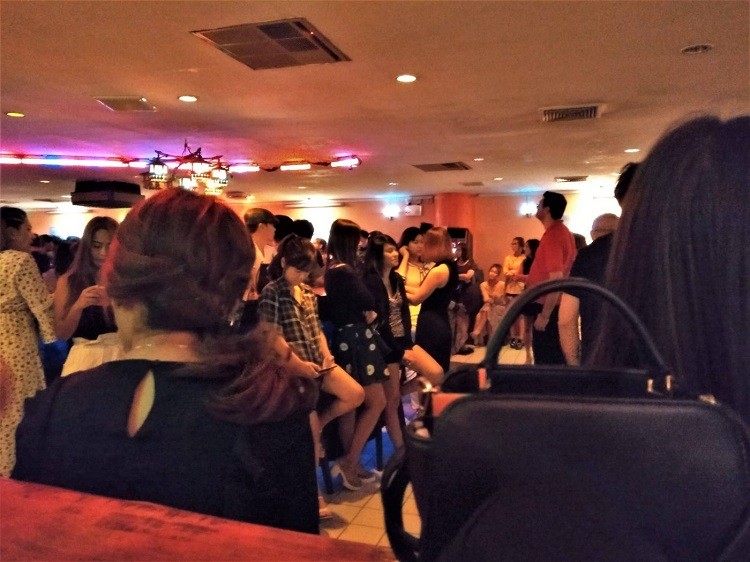 The following article is condensed from the book The Lonely Sex Tourist in which John Kane
attempts to describe a more complex picture than just abuse of children and slavery of women.

There is a very interesting bar on Sukhumvit Road, Bangkok about halfway between Nana Plaza
and Soi Cowboy. It is these second two places known as Nana and Cowboy that receive all the
attention. Most non-Asian tourist and expats are not aware of this bar although those who do
often think this is a place only for Asian men. But it is this one bar, which deserves anonymity in
my opinion, so I won’t name it.

That bar is the source of what I consider important information for anyone who wishes to
understand sex work in Thailand and, frankly, anywhere in the world. It is where I learned the
expression, “We’ll just give it a try.”

First, more about this bar: it isn’t big but every inch is filled with sex workers and customers
when it is busy which is usually is. It doesn’t open till 8 pm and closes at midnight. There can
easily be three times as many women as men. I have counted 100 women and maybe 20 or thirty
men, but here is usually a steady stream of Japanese or Korean men coming in in groups of 2, 3
or 4.

Men will swing around the outer perimeter, each will pick a woman, and they all out head
the front door where taxis are waiting. I have seen the same groups return all with a smile on
their face sometimes in only 45 minutes. A Thai woman I was able to talk with said the “girls”
call these customers “3, 4, and 5s”. She explains that it means three minutes, four inches, and 5,000 baht. A cute joke.

There are many holidays in Thailand and many times the next day, usually a Monday, will be a
day off. This bar is especially busy on those holidays. Since I have been there many times I recognized many of the regulars. For this reason I noticed a couple of young women standing
near the back door. I walked over to say hello and asked if they spoke English. One volunteered
that she did. Here is our conversation:

She said she spoke English. I responded by asking if they have been here before (here meaning this bar which was full of sex workers) Their reply to that was that they were college students and, because of the holiday, they have the next day off. So I asked, if they hoped to make some money. The English speaker said something that will live with me forever:

Why is that important? In the past, because of this conversation, I realized this was not the first
time I noticed new faces, people who looked out of place, when the next day was a holiday.
Obviously, many young women have the opportunity to put one toe in the water. They can give
it a try. They can see one well known place in operation where freelance women meet customers
and have for many years. Other women can answer their questions. This provides a safe
transition, at least in Thailand – no kidnaping, no force, no pimps or coercion.

During a hysterical period, one fault of thinking that way is on public display. Issues of sex work
and sex trafficking are presented to us, the public, as being the same everywhere. Never is it said
that pimps forced woman to be a prostitute one place and then pause to explain that this is the
way violence, pimps, and so on are how business is conducted in this one place. All the horrible
problems associated with sex work or sex trafficking are routinely described as if everything is
the same everywhere. It is not!

One of the most overlooked aspects of sex work is that sex culture is different between every
location. The art and music between Mexico and Albania are easy to distinguish. The cultures of
sex are easy to recognize when you understand this difference too. This is important for police,
politicians and humanitarians to understand fully

It would be very valuable for sociologist or criminologists to study the variability of women
from many countries to learn about sex work in a safe way like this example from Thailand.

Maybe problems that religious and feminists zealots are currently concerned about can be
significantly reduced by studying where those nasty pimps are, and where they are not