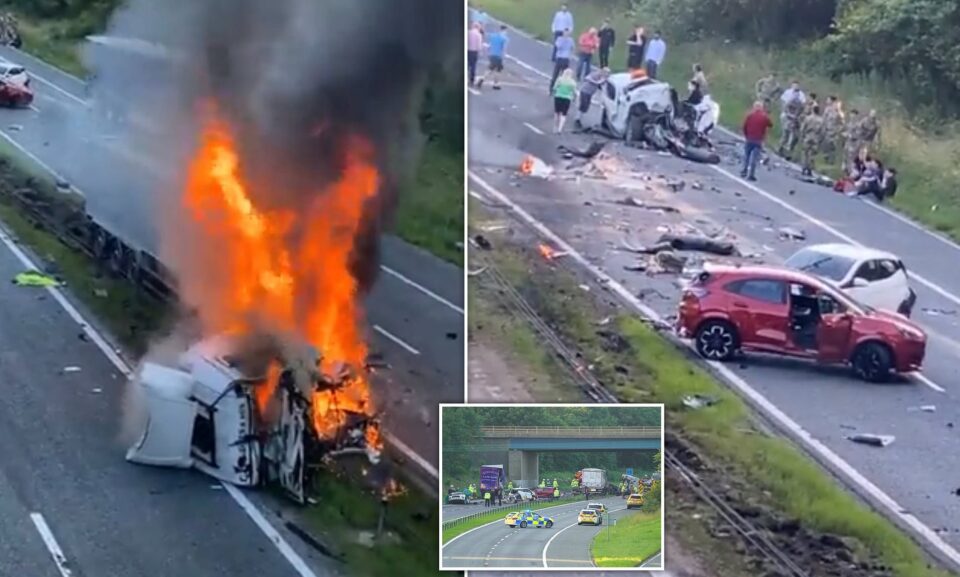 SEVERAL people are feared dead after a lorry crashed through a barrier and burst into flames on the A1 motorway.

A rescue operation was launched after the articulated truck jack-knifed on the roads outside of Durham on Thursday evening.

Both carriageways of the A1 have been closed following the incident.

“We would ask all motorists to avoid the area and please use alternative routes,” Durham Police tweeted.

At least three cars were badly damaged in the smash.

A Durham Police spokesperson said: “The incident happened at 6.20pm today on the northbound carriageway at Bowburn.

“It involved several vehicles, including two lorries, one of which caught fire as a result of the collision.

“Sadly, there appear to have been fatalities.

“The road has been closed in both directions between Bradbury and Carrville.

“It is expected to remain closed for several hours while emergency services, including police, fire and the ambulance service, work at the scene.

“We would ask that people avoid the area and plan ahead if they are travelling this evening.”

Officers are looking to speak to anyone who has dashcam footage of the incident which happened around 6:20pm.

A spokesperson told Mail Online: “We’re incredibly busy dealing with this incident at the moment, which may mean other patients in the area experience a delay.

“If you’re currently waiting for an ambulance, please bear with us and don’t call us back unless your condition worsens.” 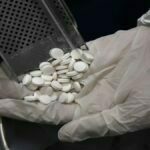