Seven foreigners have been arrested on sex, fraud or stealing charges, in five separate cases around the country, Immigration authorities announced on Tuesday (May 19).

In the first case, a Vietnamese woman in Samut Prakan and her male Thai partner were charged with running a prostitution ring via Twitter and Line.

Immigration said the pair procured female sex workers from Vietnam and charged them Bt1,300 to be matched with clients in Thailand. A third member of the gang, a Thai, has surrendered to police.

In Tak, a 43-year-old Australian named only as Adam was charged with sexually assaulting underage boys in his neighbourhood after a police raid on his house. Police said he let the boys sleepover, molested them and gave them money in return.

Seven boys were found in the house together with a Burmese couple who worked as the Australian’s caretakers. The police also charged the accused and his caretakers with drug possession after they found 4 grams of methamphetamine at the property.

Elsewhere, a 47-year-old Pakistani man was arrested in Chiang Mai and charged with counterfeiting travel documents to enable immigrants to enter other countries. Police said he had previously been banned from entering Thailand after being caught for the same crime, but had changed his name and resumed his illegal business in the Kingdom.

The final case involved two Burmese men caught allegedly stealing a motorcycle during curfew in Chiang Rai today (May 19) and attempting to ride it back to Myanmar. Police said the pair have attempted the same trick several times. 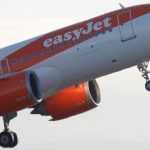 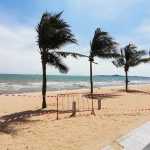