Selling beer in stores, it’s time to have company involved

CP has agreed to stop selling draught beer through a dispenser at a 7-Eleven convenience store after a dispute with the anti-alcohol protesters.

The pilot project had been launched at 18 7-Eleven branches earlier this month. The company said on Tuesday it had canceled the trial due to concerns being raised by many sectors of society. The announcement came only hours before a Public Health Ministry sub-committee meeting was due to start discussing legal action against convenience stores that sold draft beer via dispensing machines.

Dr. Nipon Chinanonwait, director of the Disease Control Department’s Office of the Alcohol Beverage, had said a sub-panel led by Dr. Vitoon Eungprabhanth would consider whether the beer sales represented an infringement of the Alcohol Control Act 2008. The committee intended to discuss the matter so as to issue clear directives to all those stores selling the beer. The cancellation came after representatives of the Stop Drink Network and the Youth Network Against New Drinkers had last Friday met the executives of CP All, which owns the convenience stores, to submit an objection letter against the new service.

Anti-alcohol advocates, including those from those two networks, also submitted a request on Monday for Central Family Mart Co executives to review their own beer sales via dispensing machines at the Family Mart convenience stores. They claimed such sales would boost youngsters’ access to alcohol and cause more alcohol-related deaths and casualties. Source: Nation 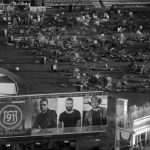 Gunner shot Security guard before he fired on concert-field