Two people were killed and three others seriously wounded in a collision involving a sedan and a pickup in Samut Prakan’s Phra Samut Chedi district on Sunday.

Following the 11am report of a fatal accident in Soi Pracha Uthit 90’s Luk Wua-Chongkho intersection, police and rescue workers rushed to the scene where they found the wrecked green Toyota Soluna in the middle of road with two injured people – Sakrin Khong-aun, 44, and Subin Khong-aun, 81, inside the sedan. The dead bodies of Pakhin Khong-aun, 6, and Sanit Khong-aun, 80, lay on the ground.

About 150 metres away, a Toyota Revo pickup truck, with its front section wrecked, was stuck in a roadside shrimp farm ditch while its seriously injured driver Khajornsak Khampimul, 23, crawled out to seek help. 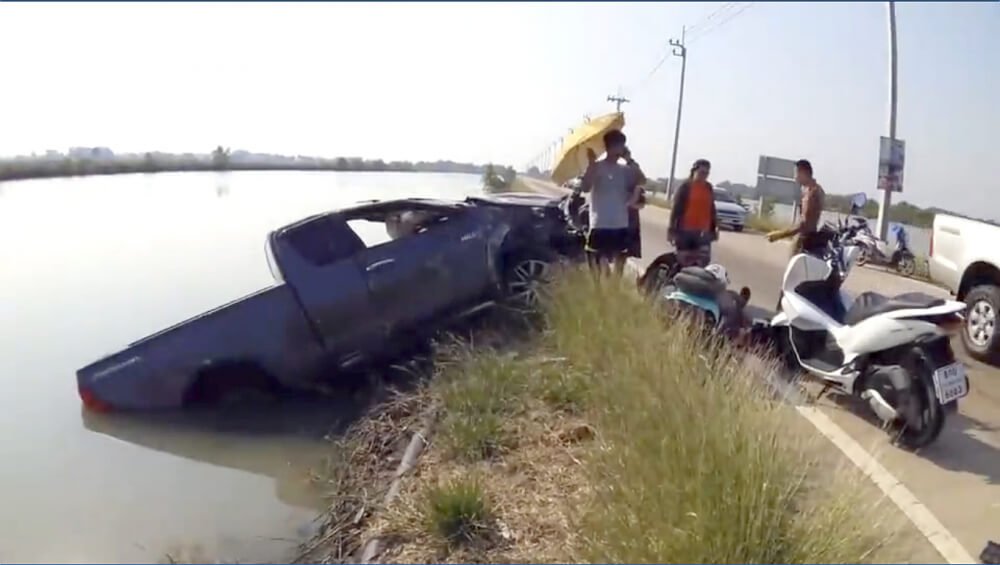 Initial police probe revealed that the people in the sedan were on their way for a doctor’s appointment and were taking a right turn at the intersection when they collided with Khajornsak’s pickup.

Poll shows people worried elections may not even be held