I mean, we all know that the Internet is the arsehole of popular culture, but this guy takes that specious analogy altogether too literally. Remember the security guard in Florida who has spent literally months of his life documenting his habit of farting at work?

Of course you do, because this is 2018 and more people are probably aware of this guy by now than they are about – I don’t know – who is the UK’s Secretary of State for Culture, Media, and Sport.

(It’s Jeremy Wright, by the way – the government minister, not the security guy who got the sack for posting videos of himself keffing every hour of every day.)

The flatulent guy in question is named Doug – although he goes by the pseudonym Paul Flart – and he works as a security guard in the American state of New Jersey.

He works in a hospital and, because he’s a funny, affable type of guy, his work station was moved to the very front of the place, sat in the lobby. 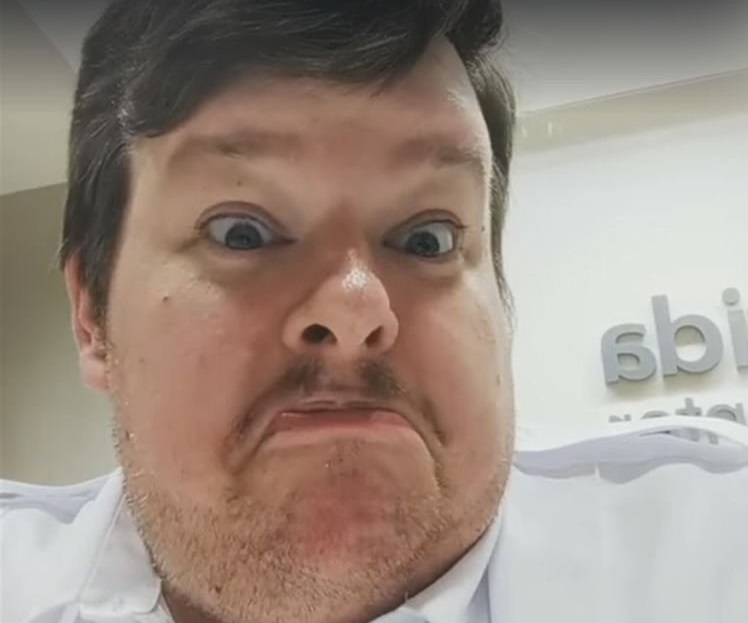 The powers that be moved him so that people visiting the hospital would get a smile, and a friendly face when they entered. What they weren’t counting on them getting, however, was a couple of lungfuls of whatever Doug had for his breakfast that morning.

During a quiet shift, Doug had an epiphany. He told Vice: “The lobby has really great acoustics, and naturally, we all fart. One day I ripped a rather nice one and got really good sound from it, so the next time it happened I recorded it and sent it to my group chat.”

That was the beginning of his fame. His friends thought it was great, so they said he should take it to the masses. He started to post them to his Instagram account, the snappily-titled ‘The Fart Authority’.

However, what goes up, must come down.

His fame began to skyrocket to such a point that his employers became aware of it. This Thursday he was asked to return his badge and his uniform (seriously? You want THOSE trousers back?) and told he was out of a job.

Luckily for us, he livestreamed his firing on Instagram, to the shock of his army of followers.

So, what next for Paul Flart? Is there money to be made from farting on the Internet?

The answer to that question is almost certainly yes.

He said: “My thought process is just run with this and see where this goes.”

He’s started making merchandise and is taking his efforts to their next logical (sort of) step by introducing proper graphic design and videos. He may yet carve himself out a career as a viral star.

Here’s hoping that it’s not all hot air, and something solid comes out of it for him.