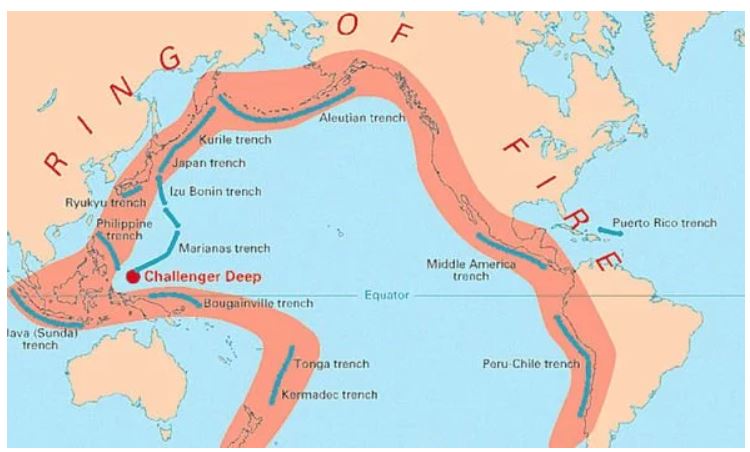 There have been no immediate reports of damages or casualties in the quake.

“There are no reports of infrastructure damage yet,” said Iksan Subur, an official with Indonesia’s disaster mitigation agency based in the regency of South Halmahera, near the earthquake’s epicentre.”

He told Reuters: “But people panicked and ran out of their houses. Some people who live near the ocean are starting to move to higher ground.”

The epicentre was recorded in the city of Ternate on Halmahera, the largest island in North Maluku and is located on the eastern side of the country

Indonesia’s meteorology agency said there is no tsunami potential from the quake.

Indonesian authorities did issue a tsunami warning at 9.41am before later suggesting a powerful water mass wasn’t likely to hit the coast.

This was because the epicentre was almost on the coast of the island. Which should mean
the chance of a tsunami hitting the land was fairly high.

A 5.8 magnitude aftershock followed around 30 minutes after, the agency website showed.

The Indonesia earthquake hit with a depth of only 6 miles (10km) and could be felt on neighbouring islands.
However, this is relatively shallow.

The closer a quake is to the surface the higher the more its impact will be felt.

California also experienced a seismic swarm of more than 200 tremors in the last few weeks.

The worst was a 7.1 magnitude quake in Ridgecrest which struck on July 5. 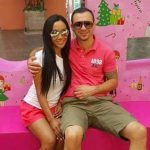 Police yet to issue Interpol notice 5-MONTHS after brutal murder 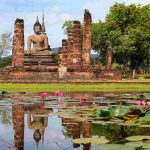 10 Things Thailand have to change