Screaming Woman: A Texas park employee has been fired after a video of her falsely claiming to the police that she’d been run over went viral. Busted, big time.

The video shows Judine Reed – an employee of The Cedar Breaks Park in Lake Georgetown – screaming “he’s running me over” to 911, despite the car standing completely still. As she rants, raves and begs the police to come help her, the driver just sits there calmly filming her, safe in the knowledge that he’s innocent and has solid video evidence of that fact. 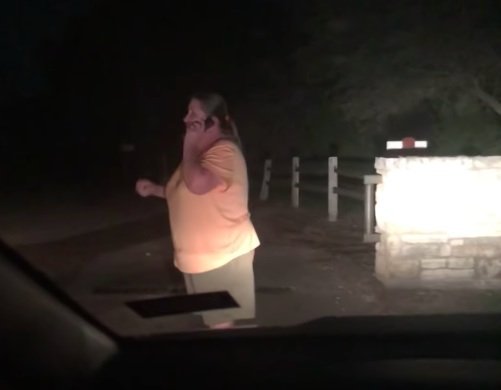 Chris Hampshire posted the footage online soon after the incident, which went down at around 8.45pm on August 25, along with the caption: “This is what happens when you steer down the wrong exit at lake Georgetown. Corrected myself immediately when I saw the sign, backed up and was going out the right exit.

“This park attendant happened to be outside and told me she was calling the cops over that… I told her she cannot legally hold me here, not an officer nor did I do anything illegal… situation ensued, that’s when I started recording.” 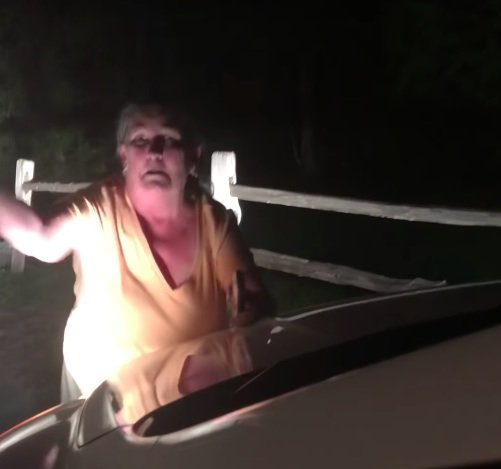 Soon enough it did the rounds and the video has been shared on Facebook more than 28,000 times and viewed nearly 395,000 times on YouTube.

Chris went on to explain that after leaving the park, he spotted “about 15 cop cars with sirens and all blasting past me” and after getting pulled over, he “showed them the video they understood my perspective completely and let me go”.

As you’ll see in the footage, two Corps of Engineer Rangers attend the scene too. According to a news release from Georgetown police, they overheard the radio broadcast and went down there to scout the situation out, only to find the there was no damage to the woman or the vehicle. 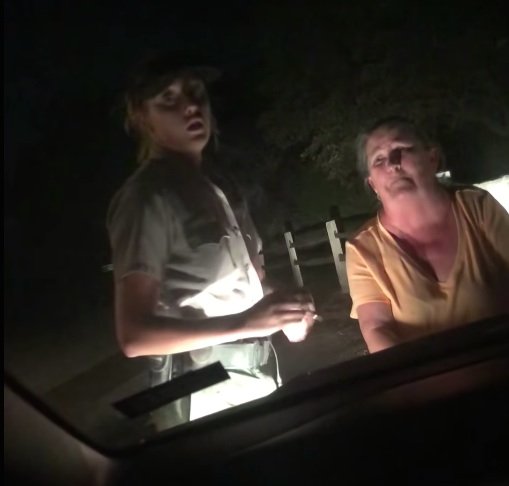 Speaking to Mystatesman Randy Cephus, a spokesman for the Army Corps of Engineers, said that Judine’s contract with the company was not renewed and although he offered no comment as to why this decision was made, he did say it was “beneficial that she go on her way”.

That reasoning is hard to disagree with – we can probably gather at least partially why the decision was made. It’s probably for the best – you simply can’t be getting away with a scam like that in the technological age.