The moment a nine-year-old crept past airport security after Googling ‘how to sneak on a plane’.

Emanuel Marques de Oliveira went completely unnoticed as he boarded a jet at Manaus International Airport in northern Brazil – without a ticket, ID or money.

He flew 1,677 miles alone and was about to land at Sao Paulo’s Guarulhos International Airport when staff caught him at the very last minute.

Mum Daniele Marques was left distraught and a search party was sent out when the young boy vanished from his bedroom early on the morning of February 26.

It’s believed he was aiming to visit his uncle in Campinas after a holiday there with his dad in January.

Two members of airport staff are seen checking the travel documents of other passengers as Emanuel walks past wearing a hoodie.

Brazilian police said the young boy had acted alone and had looked up ‘how to get on a plane unnoticed’ on the internet beforehand.

He was promptly flown back to his mother who scolded him upon his return.

Daniele said her son told her: ‘Mum, I don’t want to live in Manaus anymore. I want to go there [to his uncle’s house in Campinas]. There I’ll have what I want.’

Officers have requested security camera images from the airport as an investigation is launched.

The National Civil Aviation Agency (LATAM), which is Brazil’s civil aviation authority, has admitted that mistakes were made in the boarding procedure.

A statement said official ‘regrets what happened and that security measures are already being reinforced and taken to ensure that this type of situation does not occur again’.

The administration of Manaus International Airport said it will carry out a ‘review of the procedures, and adaptations and modernisations in infrastructure’.

It will also reinforce ‘surveillance at boarding, automating passenger access’. 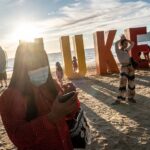 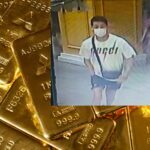